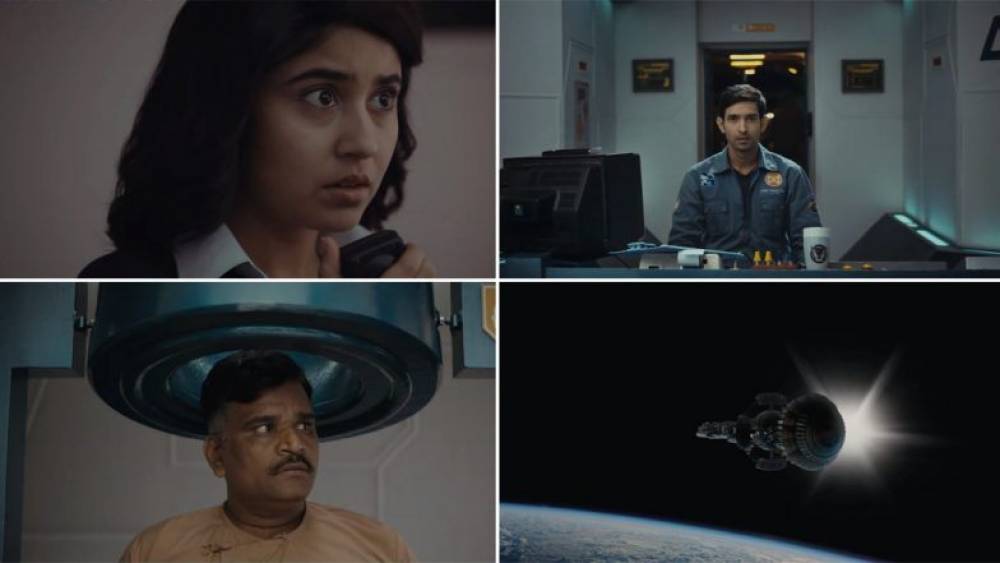 A science-fiction film is coming and the name of the movie is 'Cargo'. This is Bollywood's first film, which will completely running inside a spaceship. Yes, this is indeed the first film of its kind. When you check out the teaser of this movie, you will remember movies like 'Gravity' or 'Passengers'. The term 'Cargo' is used to refer to freight containers or similar vehicles. The teaser of 'Cargo' has been launched.

The story of Cargo begins outside our earth. This story is about the afterlife of humans. Meaning where does someone go after dying. If the elders obey, those who do good deeds go to heaven. And we get the result of bad deeds as hell. This film is a bit fictional. The director of the film had told in one interview that this is the story of a spaceship that comes close to earth every morning. Take the dead people from earth. But where does it take you? Why does it take? It is the suspense of this movie.

Although it is a sci-fi film, but it also has a strong connection it Indian mythology. Far from the human world, it is being defined as a film wrapped in humanity and sentiment. This film defies concepts such as heaven and hell, but at the end of the teaser, it is unveiled that a demon named Prahstha is running the spaceship. He describes his work as 'post-death transition service'. This handler is not a dangerous-looking demon, it is Astronaut type. And this service is being run by a colleague. The teaser looks quite impressive, mysterious, complex and new type.

It is normally like that a lot of money has to be spent in making such films. Famous artists are cast. So that the money spent is returned after the release. But this film is made in a very small budget. It is difficult to say anything about the exact amount, but the makers of the film say that this film has been made for less than the smallest budget of the budget of Sandra Bullock's film Gravity. The budget of Gravity was $ 100 million.

If we talk about the start cast, Vikrant Massey and Shweta Tripathi are doing lead roles in this film. We have seen Vikrant critically acclaimed films like Lootera, Lipstick Under My Burka, and A Death in the Ganj. At the same time, Shweta was seen in films like Haramkhor and Gonkesh, making a place among the public from critically acclaimed films like Masan. Vikrant and Shweta have worked opposite each other in Amazon Prime's popular series Mirzapur. Apart from these two, Nandu Madhav is also seen in the film. Nandu is a Marathi film actor. Has played the lead roles in the famous Marathi movies like Harishchandrachi Factory and Sarkarnama.

Arati Kadavu has directed this film. Arati has made many short films before this. There are so many short films in her account like Gulmohar, Us Paar, Ravana, and Time Machine. Cargo is her first full-length feature film as a director. This film is being produced by Anurag Kashyap and Haramkhor director Shlok Sharma along with some other people. Looking at this lineup, this fictional story can also be expected to be quite realistic and authentic. Right now only the teaser of the film has come, in which there is no mention of the release date.