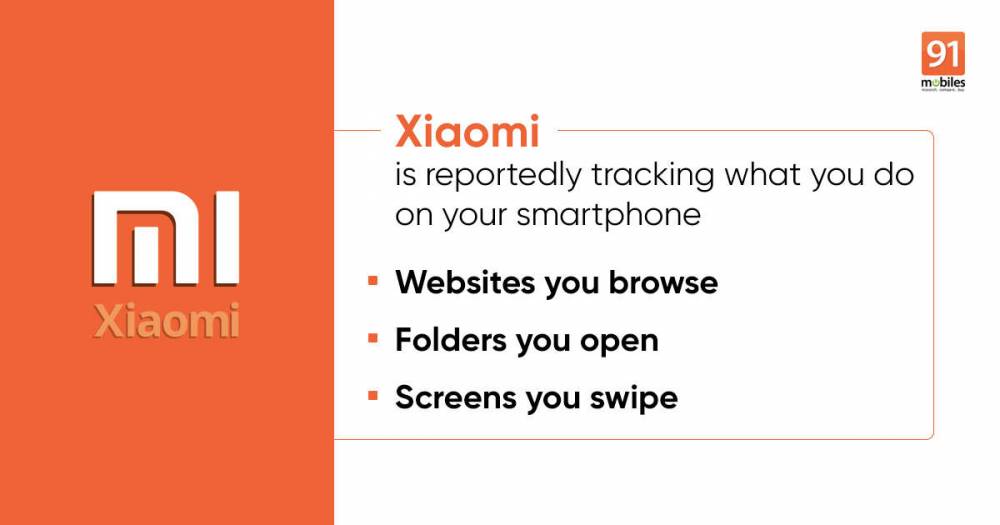 Xiaomi, a Chinese smartphone maker who is in discussions with its smartphones in India, is now in discussions with the allegation of theft of people's data. If you talk about India, Xiaomi is currently a big smartphone brand, and it has been consistently gaining its foothold in India. But perhaps the company can lose its achievement because of the violation of people's privacy and Coronavirus in India. Let's tell you that Forbes report shows that the Chinese smartphone company Xiaomi may have left some problems or flaws in its mobile phone, which is why people's data is being sent to Alibaba's servers located in China.

In addition, the Forbes report also revealed that Redmi and Mi's phone already keeps some apps that keep an eye on every activity of people, and information about what you see on Incognito Mode is also being sent to China. However, the company is denying and dismissing this research in its statements. Although the company has admitted that it must track the data, it does not share it.

Your Internet use is also known to Xiaomi:

The Forbes report also shows that the company has a full record of whatever you see during the use of the Internet on a browser, or any activity that you are involved in. In addition, you also tell you that the news feed that is being provided through Xiaomi's device, even if you look at that information, the company has all its records. However, you are also exposed to the number of times you have open the folder on the device. By and large, it can also be said that the company also knows how many times you have swiped your device's screen.

Even Mi Browser is not safe:

Let me tell you that there is something in the report that the status bar and settings page information of Xiaomi users in India is also being sent to Alibaba's servers. The report shows that Xiaomi's web domain is registered in Beijing, China, although the company does not use it here, sending the data to the remote servers in Singapore and Russia. In addition, if you use the M browser or mint browser, it also collects the same data from Indian users. The report also shows that the data of millions of Indians have been sent to China by Xiaomi so far. This research is being seen as if Xiaomi has played with the privacy of users on a large scale, and it is emerging as a very serious matter of privacy violations. Although the company is rejecting it this time, a reply has also surfaced from Xiaomi.

Read also: Coronavirus Outbreak: Lockdown 3.0 till May 17: Know all about Red, Orange, and Green Zone

Major Rule changes of ATM, Digital Wallet, Railway, Gas, and Air India from May that gonna affect you