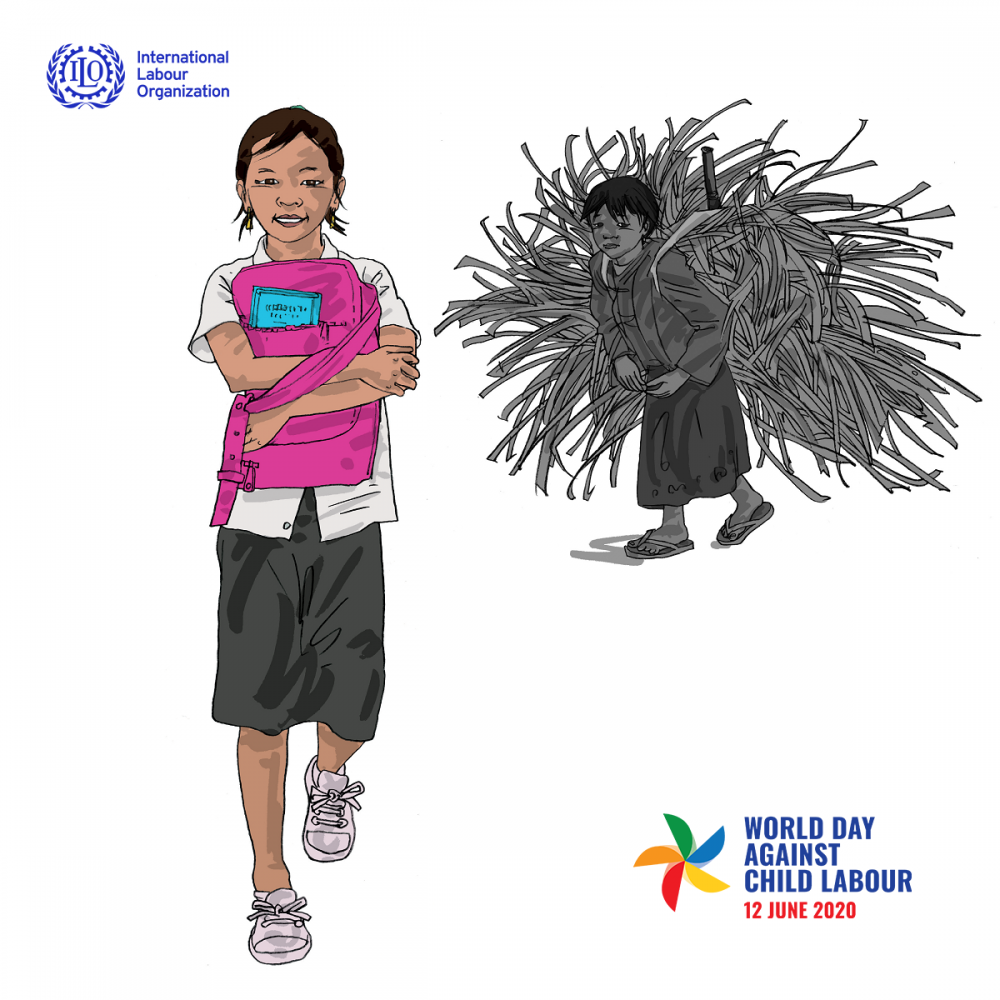 World Day Against Child Labour is celebrated on June 12 every year. It was started by the International Labour Union in 2002. Since then, the Prohibition of Child Labour Day was observed on June 12 every year. The main objective is to sensitize the people to educate them by not laboring children below 14 years of age. This year's theme is the impact of the global crisis on child labor. The coronavirus pandemic is currently discussed in the world, with new figures of everyday deaths and infections coming up, but in the meantime, there are many issues that we should not forget. The most serious of them is child labour or wages by children. In India, child labour is a major problem for all countries in the world where there is a law against it, but child labour is still rampant. Human traffickers or criminal groups are pushing children into child labour. There is a strict anti-child labour law in India, but you will find children working in things like brick kilns, construction works. Though it will not be available in urban areas, children are still working in rural areas.

India is working to create awareness against child labour at the government and social level, but it has not been curbed so far. Not curbing child labour creates serious questions in itself. Is there any system glitch, or does the law-abiding one not have serious thinking about it? In most countries, including India, child labour is banned, but children are openly paid wages. In Delhi, you will see a small tea shop or a motor workshop in the country's capital, where you will see a small child helper. People also consider it "normal" that the child is just helping. But he is not assisting but is doing wages from 9 to 10 hours. On June 12, International Anti-Child Labour Day, the country's leaders and officials now message through a tweet, but that's just a message. The next day, a tweet from the same leaders and officials on another topic comes in.

In developing countries like India, there should be a clear policy against child labour so that no child is forced into wages. Child labour is targeted to be eliminated by 2025, but six months of 2020, the coronavirus has passed. No one knows what is hidden about the coronavirus in the future lap. This epidemic is not just a crisis involving health and the economy, but it is also a crisis of children's future.

The government and non-profit organizations' recent efforts have freed thousands of children from the cycle of child labour, but the situation is not satisfactory. In recent years, India has launched several campaigns against child labour. The campaign was followed by action on factories were bangles, shoe stitching, and clothing was used to put stars. Vigilance has only done this underground. Child rights activists say the crackdown causes children to leave them on a large scale, causing them to get into illegal activities. According to Indian labour law, it is illegal to get labour from children under 15 years of age. But after school, they can join hands in the family business. This provision is widely exploited by employers and human traffickers. In states like Bihar, where 4.5 lakh children wage wages, mechanisms are being devised to map child 0labor. The number of working children aged 5 to 14 years across the country is about 44 lakh.

On the other hand, the United Nations has warned that millions of children are at risk of early wages amid the coronavirus epidemic. According to the UN, the hard work done on this subject two decades ago can be wasted. This will be the first time since 2000 that the child labor crisis may rise again. The epidemic has led to the world's economy becoming more and more likely to cause millions of people to fall into poverty. According to the UN, there may be pressure on the family to put children on the job so that they can earn income. According to the International Labour Organisation, the number of child labourers worldwide has declined significantly from 24.6 million (2000) to 15.2 crores. According to UNICEF, "as poverty increases, schools will close, and social services will decrease, and more children will be pushed into child labor."

How to check your immunity is weak or not: What to do next

Mistakenly send mail someone through Gmail: Know here what to do next: Know here other features