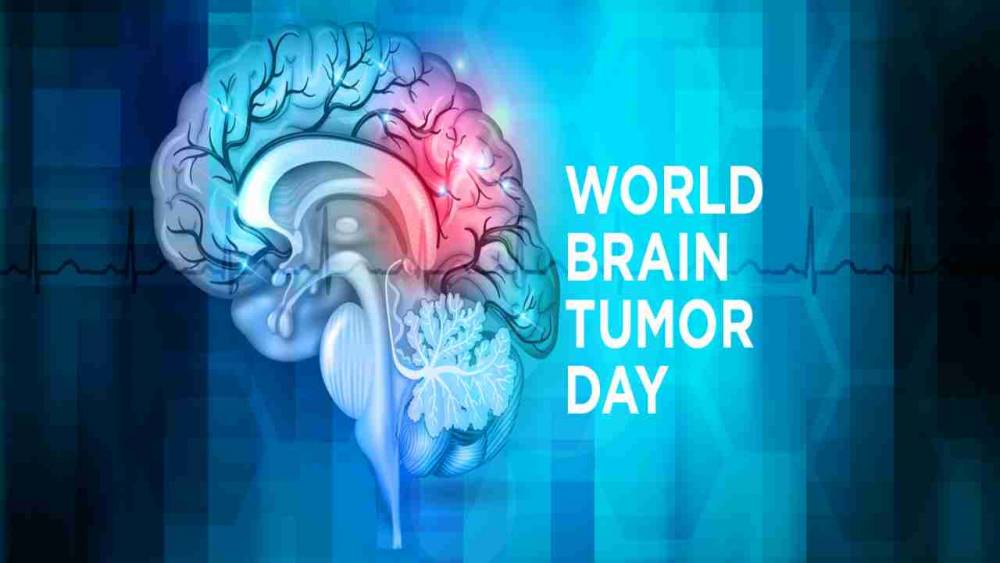 The more complex the structure of the human body, the more complex the diseases in different organs of the body are. Diseases in the heart, kidney, liver, lungs, brain, etc., are even more complex. There is a similar complex disease, brain tumor. This is, in fact, the accumulation of cells in the brain. When these cells grow uncontrollably, the tumor can also be fatal. The World Brain Tumor Day is celebrated on June 8 every year to sensitize people around the world. The symptoms, causes, and treatment of brain tumors are explained in the programs in different parts of the country.

The day was first celebrated in the year 2000. It was started on behalf of the German Brain Tumor Association, Deutsche Hirntumorhilfe. The Union was formed in the year 1998. The Union comprises of more than 500 members from 14 countries. The same union declared brain tumor day on June 8. Since then, the day is celebrated every year with the objective of awareness of the disease. So let's know about the symptoms, causes, and treatment of this disease.

What is a brain tumor:

If unnecessary cells grow in an organ of the body, it takes the form of tumors. Cancer is also caused by an increase in cells. In the same brain, when cells grow unnecessarily, it is called a brain tumor. It can prove to be dangerous if it is not appropriately treated in time.

What are the symptoms of brain tumors?

Cancerous brain tumors-it is also called malignant brain tumors. It can also start with breast cancer or other cancer in addition to the brain.

Non-cancerous brain tumors-it is also called benign brain tumors. It starts very slowly and is also less likely to occur again, so it is seen as low-level cancer.

No obvious reason is known. According to experts, tumors begin to develop when DNA has mutations. Brain cells proliferate and begin to divide. Increasing its risk depends on some factors. Such as age or genetically. However, the probability remains low. People who are exposed to ionizing radiation are also at risk.

For the treatment of brain tumors, doctors ask the patient's medical history and then conduct a very detailed neurological test. Doctors see whether the person's cranial nerve is working or not. Will also evaluate his memory and muscle strength. In addition, doctors can also conduct several other tests based on which treatment can be initiated. CT scan of the head

MRI of the brain

X-ray of the head

Treatment of brain tumors depends on the place, size, and type of tumor. Because of the general health of the aggrieved person, his surgery is considered. It is the doctor's purpose to perform surgery without damaging other parts of the brain. If the tumor is within the area of the range of surgery, the surgery will be safe. Surgery can also be combined with other treatments such as chemotherapy and radiation therapy. After the neurosurgery is completed, the patient may need speech therapy, occupational therapy, and physical therapy.

The Government of India has launched the National Cancer Control Programme with a variety of objectives related to similar diseases. These include the prevention of brain tumors, screening, early detection of the disease, diagnosis, and providing palliative care treatment at the final stage, etc.

Things to avoid during the earthquake: Keep in mind these precautions to protect yourself