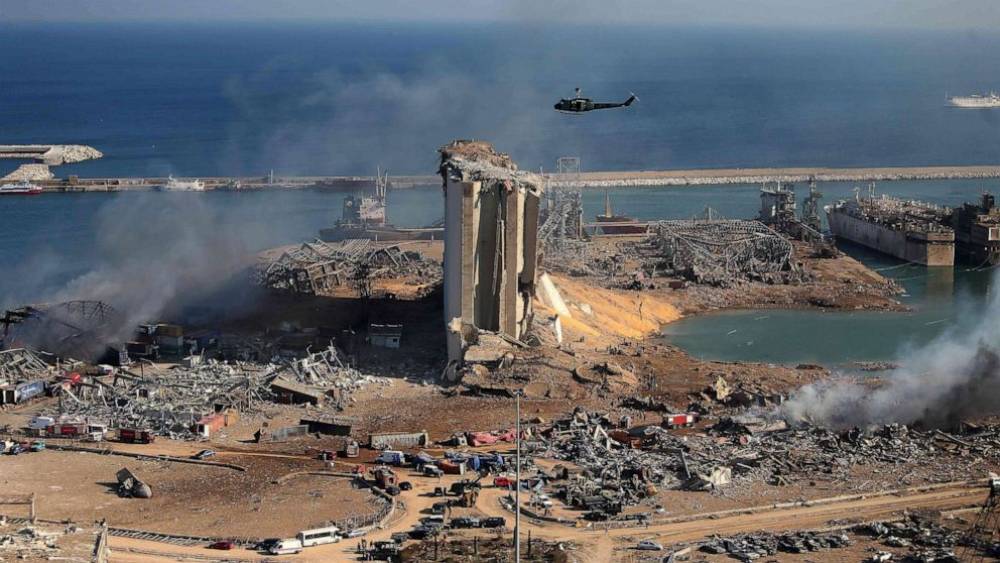 Ammonium nitrate, which destroyed large parts of the Lebanese capital Beirut, is actually a crystal salt. It is prepared in a very cheap way with the help of ammonia and nitric acid. Ammonium nitrate has generally been used as a manure. It helps plants to get the nitrogen needed for their growth. Finely sugar-like white ammonium nitrate turns into explosives under certain conditions. The molecular structure changes as the temperature are 32.2 °C. Its chemical properties also change as the molecular structure changes.

Being extremely explosive, the rules for the business of ammonium nitrate are very strict in many countries. In the past 100 years, this chemical has caused major accidents. In 1921, a massive explosion occurred at the BASF chemical plant in Ludwigshafen, Germany. The blast claimed 559 lives due to a 400 mt mixer of ammonium sulfate and ammonium nitrate. 1,977 were injured. The sound of the blast was heard up to 300 kilometers away. In 2015, the Chinese port city of Tianjin was also destroyed due to the ammonium nitrate blast. There were 800 metric tons of ammonium nitrate placed in a warehouse. The explosion was so powerful that the entire city district of Tianjin was destroyed. The Chinese administration reported the death toll at 173. Such incidents have also taken place in the US and France.

It was also used by militant organizations around the world because of its easy to meet and cheaper. In India, too, there were cases of prolonged use of ammonium nitrate to make bombs. After the Beirut scandal, India has also expressed concern over the maintenance of hundreds of tonnes of ammonium nitrate deposited in Chennai warehouses. It was seized in 2015 after it was imported without permission but had since been lying in the warehouse. Following the August 4, 2020 blast in the port of Beirut, rules relating to ammonium nitrate is now being debated once again. Two blasts of 2,750 metric tonnes of ammonium nitrate claimed more than 220 lives in Beirut. Most Lebanese capital houses have been so dilapidated by the blasts that more than three million people have been forced to leave the house.

Importance and health benefits of a morning walk

Banks that are providing personal loans at the lowest interest rate