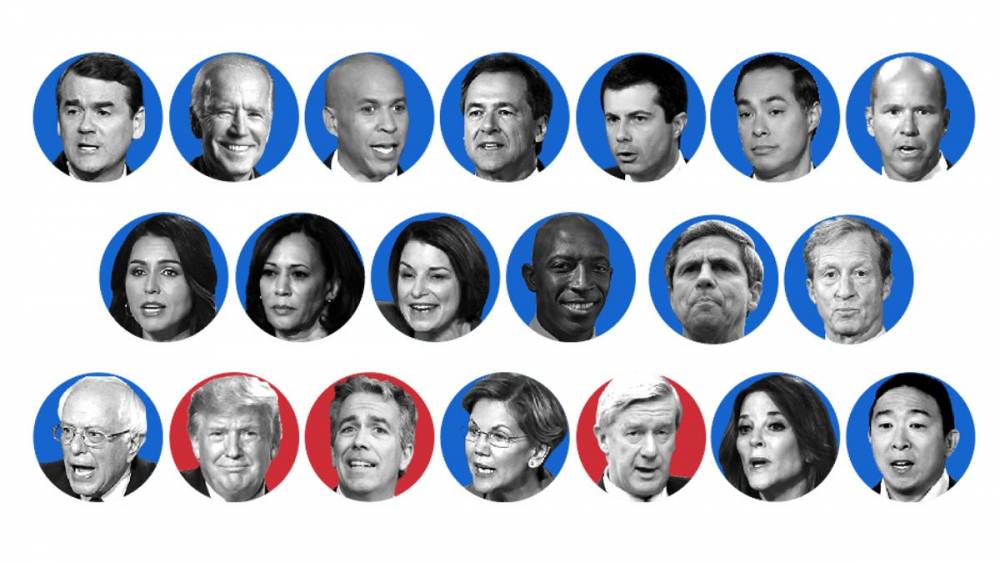 Over the past months, several politicians have officially announced their candidacies (and some have already dropped out). Here's who's thrown their proverbial hat in this presidential election:

Donald Trump, a 73-year-old Republican, is a big real estate businessman. In 2016, he shocked political savants by winning the Republican candidacy and then winning the election. The impeachment investigation against him is underway in the United States, but he is still very popular among voters. America First, the strengthening of the economy and policies against immigrants still remain in his priorities.

In opinion polls, The Democratic Party's Joe Biden is currently at the forefront. Biden, 77, has been the country's vice president for eight years and has been in the U.S. Senate for 36 years. He is at the heart of the big debate that a veteran has a chance in the presidential election or a new emerging leader.

Buttigieg, the mayor of South Bend, Indiana, 37, was not very famous yet, but the support of young voters has quickly added him to the shining stars of the party. Harvard University graduate and Rhodes scholar Buttigieg speaks seven languages and has also served in Afghanistan with the US Navy Reserve. He joins the race to become president in the U.S. before declared gay.

The U.S. senator from Minnesota turned people's attention to the 59-year-old when she gave befitting replay to Brett Kavanov at a nomination hearing in the Supreme Court. In the election campaign, she says she will improve Obamacare. And she will stand against the rising price of prescribed drugs.

The 70-year-old U.S. senator comes from Massachusetts. She is the face of the Liberal faction of the Democratic Party and a bitter critic of Wall Street. Her campaign has intensified in the past few months, and in many surveys, she has matched Biden.

Senator Kamala Haris is the first black woman to have joined the race. Her mother belongs to India, and her father belongs to Jamaica, she is a supporter of making tax exemptions, green new deals, and marijuana businesses legal for the middle class. Her popularity had grown after a debate on racial issues with Biden in June but has recently gone down.

In the 2016 presidential election, Sanders trailed Hillary Clinton but is in the fray again this time. Sanders, 78, suffered a heart attack during a campaign in Nevada in October, though it has not had any significant impact on his supporters. He has proposed free studies in government colleges, a minimum wage of $15 per hour, and healthcare for all.

Former New York City mayor and billionaire media mogul Michael Bloomberg is 77 years old and has made his bid this Sunday. According to Forbes, Bloomberg, the eighth richest American, has assets of about $53.4 billion. He can spend money himself on his promotional campaign. He gets support for himself by speaking out against climate change and the culture of the gun.

Tulsi Gabbard, a US parliamentarian from Hawaii and who has participated in the Iraq War, is the first Hindu to reach the House of Representatives. Tulsi, who has opposed homosexuality, has now apologized. Gabbard's populist and anti-war views have mobilized supporters for him both on the south and left.