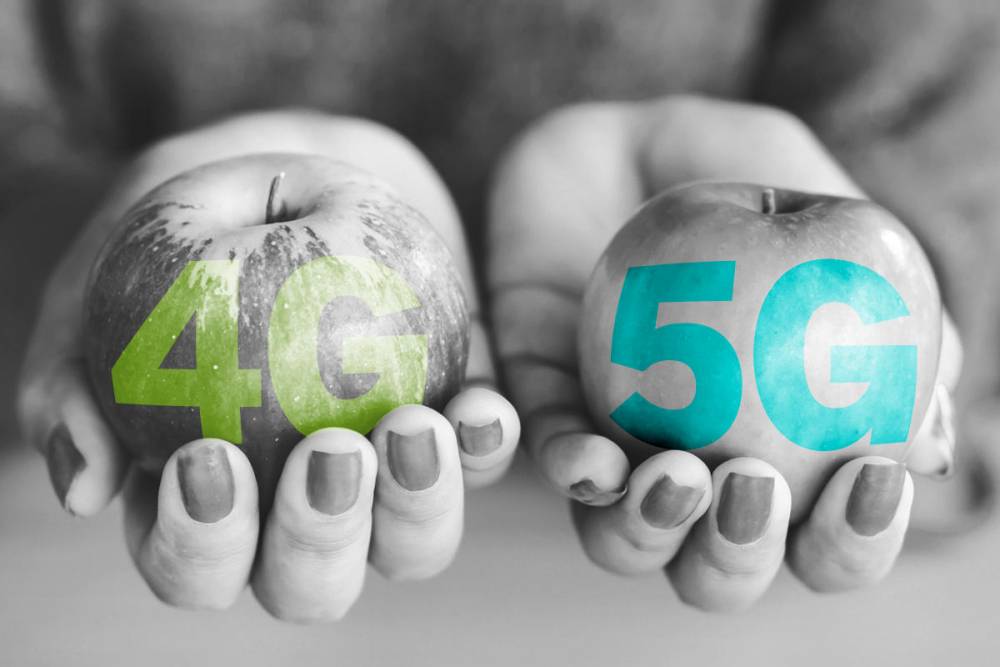 If we talk only about India, let me tell you that since Reliance Jio came to the market in India, people have actually seen 4g capacity. Also, the cheap internet was started on the same day. However, this phase has changed now, and today we can see that almost all telecom companies have hiked the price of their tariff plans. There was a period when we used the net only on 2G networks, then 3G made its place in the market, and then 4G made a different place. Now it is heard that 5G is also going to be brought to the world, telling you that 5G has been introduced on behalf of many carriers in the US, although it is still going to take time to come to India and in many countries. If we look at the real things, it may be that 5g in India took about 2 more years to come. Now that we are still behind, it seems a useless thing for us to discuss more about it, but we must know, what is the big difference between 5G and 4G, through which both these networks are totally different from each other. Today, we are going to tell you the difference between 4g and 5g.

5G can be seen as an industry standard that is going to go beyond the 4G LTE standard currently running. Just as 4G had made its place instead of 3g, it is believed to be coming in the name of 5g instead of the fifth generation. This means that this is the fifth standard of this standard. Learn more about 5G here!

It is now produced to run faster than the currently running 4G LTE technology. However, it is not only being seen to increase the speed of the Internet in smartphones. But it is believed that the Faster Wireless Internet can be conveyed to everyone and everywhere. Cars can be connected through this technology. This is what you can easily do with smartphones. It can also be said that in the future devices with other cellular connectivity with your smartphone that you have. They are all going to use 5G in place of 4G LTE technology in the same way as we are doing 4G today.

To put it simple words, 4G is defined as the fourth generation of mobile technology that has surfaced after 2G and 3G networks, or can even say that that follows 2G and 3G. It's also sometimes called 4G LTE, but it's not technically correct because LTE is only a kind of 4G. This is currently the most advanced technology that is being adopted by most mobile network service providers. When it initially came into the market 4G made a big change in the world, how we use mobile internet, it was also completely changed by 4G. While the 3G network is relatively fast, and there's no double opinion, the 4G network connection gave users the freedom to browse the web and stream HD videos on mobile devices, after which smartphones turned into modern-age computers.

How fast is the 5G network going to be?

Tech companies are quite promising with 5G. While theoretical 100 megabits are on top 4G per second Mbps, although in the case of 5G, it is going to be the top 10 gigabits per second GPS. This means that 5G is going to be 100 times faster than the current 4G technology. For example, a report by the Consumer Technology Association, has also revealed that at this speed, you can download a two-hour film in 26 hours at 6 minutes versus 3G on 4G, in just 3.6 seconds on 5G. It's not just to say, 5G promises to reduce latency, which means faster load time, and better accountability is going to be while doing anything on the Internet. Specifically, the specification today promises a maximum latency of 4ms at 5G vs 20ms on 4G LTE.

In simple terms, you tell you that 4G is much faster than 3G, but does it reveal anything to us? In my opinion, you don't know anything because 4G is faster than 3G. The Standard 4G offer offers a download speed of about 14 Mbps, which is about five times faster than its earlier 3G network. In fact, the 4G network can reach speeds of up to 150 Mbps, allowing users to download gigabytes of data in minutes or seconds instead of hours like a 3G network. Uploading data is also very fast – standard 4G upload speeds can be up to about 8 Mbps, with theoretical speeds reaching 50 Mbps, while 3G is limited to about 0.5 Mbps. Here you may have found out the difference between what speed 4G is still in India, and how much it should actually be.

Read also: Is Karan Johar planning to make a biopic on Sourav Ganguly with Hrithik?

Best upcoming smartphones in 2020: Take a sneak peek their features, specification, and camera

What is 5G technology, and how fast is it?