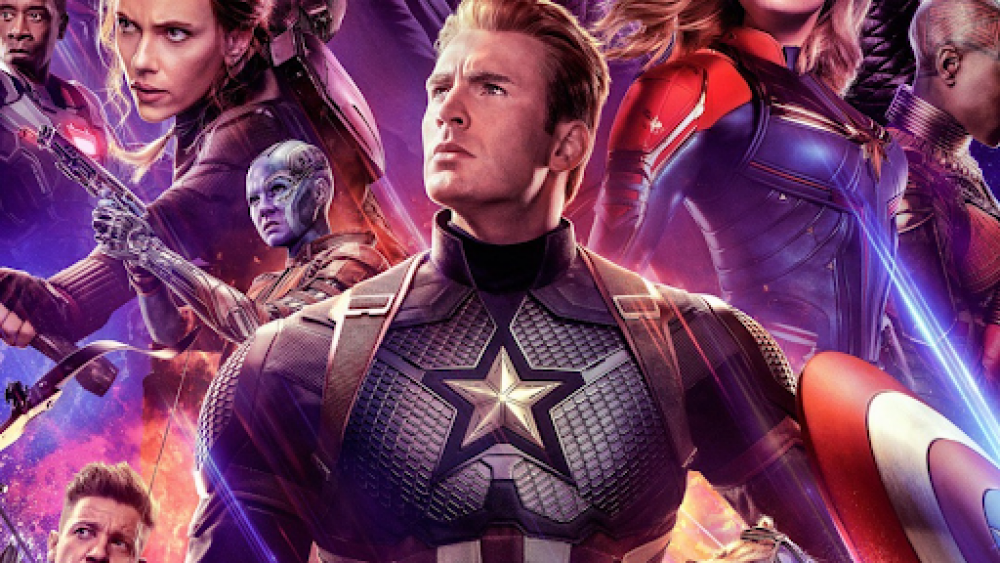 So it was decided that the next 21 days you now have to stay in the house. You have to talk to the housekeepers, call friends, and spend all the time on social media. But, at the same time, if you start watching a film every day from Tuesday and Wednesday night, beginning with the first film of the Marvel Cinematic Univers, Ironman, you may know all the Avengers and their story in the world of Marvel. If the whole series is fun to watch in a sequence, let's tell you about the seven stories that you start and how you can see them sitting at home. These films are available on OTT in Hindi and other Indian languages besides English, you can select their language at your convenience while watching movies.

The Marvel Cinematic Universe stretches throughout the universe. The stories running on different planets have been linked to a formula. This connection was launched in the year 2008 from the film Ironman. Robert Downey Jr. may have become Hollywood's most popular actor today, but in the movie, he had made all the efforts to prove his candidature to the producers by raising the French beard. Ironman's name in everyday life is Tony Stark, who has inherited star industries, a war equipment-making company. In this film, Tony Stark makes Ironman in a cave to be freed from the occupation of terrorists, and from the same film, he decides to change the condition and direction of his company to protect the world from dangers instead of making war goods. In every film of the Avengers series, there are some horns after the end of the credits, which are considered to be the clue of the forthcoming films. In Ironman's end credit, Samuel L. Jackson appears, and this is the first time the Avengers initiative is mentioned. These movies you can watch for free on your mobile, laptop, or smart TV on the Jio Cinema app.

How a person affected by gamma rays turns into a giant demon-like creature hulk, the story was actually seen in the Hulk released in 2006. Paramount Pictures had to make hulk's sequel, but when they could not, Marvel Studios withdrew its rights. The second film of the Marvel Cinematic Universe is a tragic love story in the incredible Hulk, in which the hulk, which avoids the search for the army, goes away to seek to overcome its anger. The film runs with two more films of MCU, Ironman 2 and Thor's time. Hulk's character was made by Edward Norton in the film, followed by the current Hulk, actor Mark Ruffalo, in the films. These movies you can watch on prime video sitting at home.

The story of the Avengers decreases in a second planet of space in this film. Marvel bought the rights of this character from Sony Pictures. Thor's role has been made by Australian actor Chris Hemsworth in the MCU. The Asgard clashes in the battle of good and evil powers of the state's two successors Thor and Loki. The plotting stranded Thor is snatched away from the planet and deported to earth, and in that order, he reaches the Earth. Thor, who is trying to prove his innocence, is here to contact humans. The same film begins to set the saga of avengers. The Avengers series is actually about some mighty stones that have different people in different planets. These movies you can see on Hotstar.

After Ironman, Hulk and Thor, the MCU comes in Captain America, but the story is written in such a way that these characters become the first avenger. The story begins with Ironman, far behind, during World War II. Almost every hero of the Avengers series is struggling with some difficulty in life, and yet he is ready to help others. Before becoming Captain America, Steve Rogers is a slender young man who is not able to recruit in the army even by making all efforts. Realizing the spirit of his patriotism, after training, he is used to making him an invincible warrior. Captain America fights the German army during World War II and the head of the Nazis ' secret organization Hydra is confronted by the Red Skul. This organization, called Hydra, is the biggest enemy of the Earth's Avengers. These movies you can watch on Jio Cinema.

This is the first film of the MCU in which all the superheroes of the first phase of the Avengers series join the Loki together. Hawkeye and Black Vido also appear in action in the same film. In the story, Loki comes to Earth to get the Tesseract. This Tesseract is also a source of energy. The head of the US intelligence agency Shield, Nick Furi, asks all superheroes to come together. Loki has met the power of the other planet, And the army of Chithori uses a black hole in space to invade the Earth. It is also fascinating to see this horrific competition in New York City on screen and a great use of every cinema technique. The special effects of this scene were considered to be the best special effects in the history of cinema. These movies you can see on the Hotstar sitting at home.

Ironman has been troubled since the alien attack in New York City in the Avengers. He is undergoing stress and feels that his powers are less than the other Avengers. In the meantime, Mandarin is attacked at her home, and Ironman is destroyed in the attack. There is a dialogue in the film, 'since the hammer man from the sky has fallen on the Earth, all the rules have changed. The hulk is again visible between the end credits of the film. These movies you can watch on Jio Cinema.

Coronavirus Outbreak: How to keep your phone clean to spread and why?