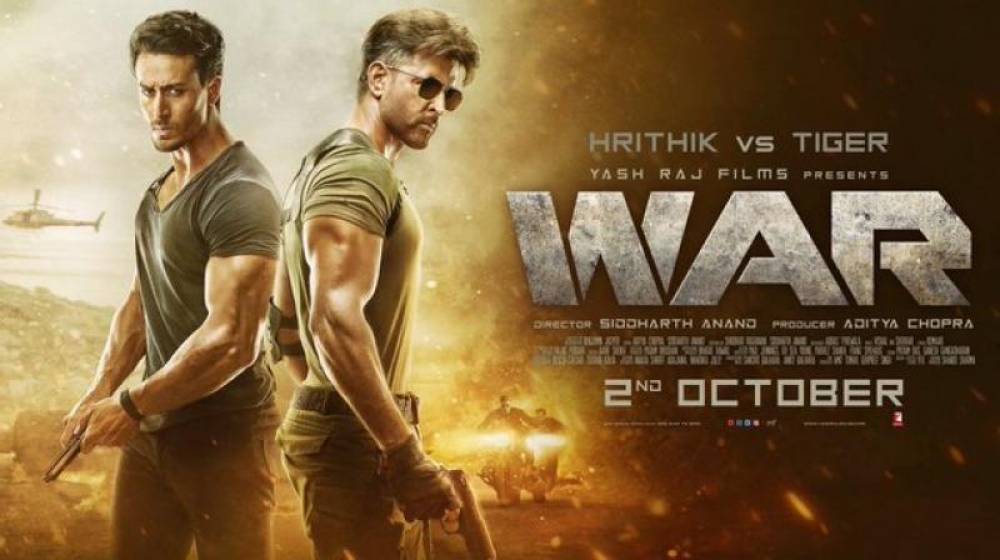 War Box Office Collection Day 20: Hrithik Roshan and Tiger Shroff's film War (War) has surpassed the 300 million mark in 19 days, surpassing the biggest films of the year. With his blistering performance, 'War' not only set records at the box office but also created history. Looking at the initial figures of ' War' (Hindi version), it can be said that the film would have earned 3.5 to 4 crores on October 21. In this context, the film can collect from 291 to 292 crores. The 'war' total of 305 million in all versions collection can. However, its official information is yet to be received.

As pe tweet of film critic Taran Adarsh, 'War' is also making a big bang at the international box office. The unique thing is that even at a global level, 'War' is going to join the club of 100 crores, which is a record in itself. According to the reviewer's twit, 'War' has collected Rs 91.58 crore at the international box office so far. After Salman Khan's 'Sultan' and 'Tiger Zinda Hai,' 'War' is the third film of Yash Raj Films, which has joined the club of 300 crores. Apart from earning, the film has won a lot of hearts with its content and artists. Unusually there was a lot of craze among people to see the pair of Tiger and Hrithik on screen together.

Let me inform you that the story of the film 'War' is of 'Kabir' Hrithik Roshan and 'Khalid' Tiger Shroff. The situation in the movie is such that the Teacher and the disciple are forced to collide with each other. Disciple Khalid is used to crack down on the uncontrollable Guru and then begins the great action. Bikes, cars, helicopters, mountains are seen everywhere. Many tremendous twists have also been included in the story, and the end of the film has also been kept a bit shocking. Apart from these, audiences will get to see a lot of action and stunts in 'War.'