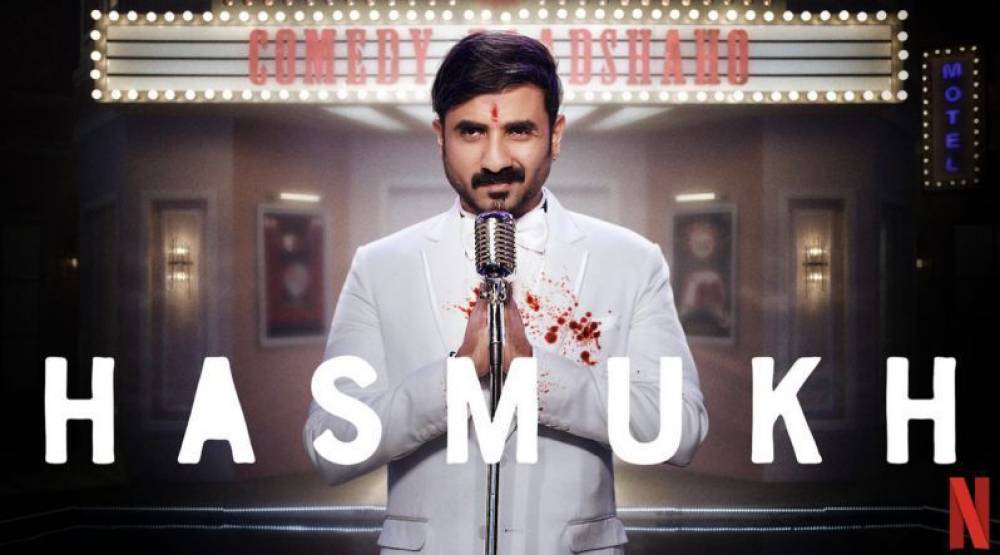 Netflix has released its web series Hasmukh between Coronavirus Lockdown. The web series, released on April 17, i.e., Friday, is getting a good response on Netflix. Vir Das has also made a comeback after a long time. However, he has been looking at Netflix's standup comedy show. He is accompanied by actor Ranvir Shorey in the series. The 10-episode web series has been directed by Nikhil Gonsalves.  Let's know what is special in this...

The story of the web series begins with the Saharanpur district of Uttar Pradesh. There is a comedian named Hasmukh, who is like a slave to his guru Gulati. There is neither respect in the house nor on the stage. One day later, he is in excitement and murders his guru, Gulati. Then he comes to the stage for the first time and starts to laugh at the people. In this episode, he meets Gulati's manager Jimmy, the maker. He arranges shows for him. But Hasmukh has a problem that he cannot do comedy without killing someone. Jimmy helps him to kill those people. One day his video goes viral, and he reaches a Mumbai on a Comedy TV show. There, the police are behind him. There are shows on one side, murders on the other. Does Hasmukh know all handle? You have to look at the series to find out.

The most important thing is that the next type has been used in this series. Efforts have been made to bring the standup and drama together. Also, the most special in the series is acting. Ranvir Shorey is often an enigma in the role of Jimmy, the maker. He also has a pair of Vir Das. In addition, Santanu Ghatak, Raza Murad, Amrita Bagchi, and Inam Ul Haq, seen in small characters, seem to be quite right. The role of Manoj Pava, Ravi Kishan, and Suhel Nayyar could have been further improved. The director has tried to save the series. You have hope after every episode that something will happen. The character, the location, has also been taken care of.

After every episode, it is expected that something will happen next, but it does not happen. By the end, you keep waiting for the thrill in this series. The story of the web series is quite weak. It has been dragged long. As reality shows are taken to the finale. Vir Das, who is involved in the team of writers, is neither able to laugh at his jokes nor his performances. There has been a failed attempt to combine standup and dark thriller. You want to laugh at the combos, but they are quite old. However, many a time, the new round has been tried to make a political person, but it does not sit right. The series excites for the next episode, but not for the upcoming season.

It is not less than a risk to see 10 episodes of the Hasmukh series. A fire like scrap melting furnaces of Saharanpur is not in this series. The teacher-turned-ghost also keeps on telling the disciples with a little more powder every time. Why is it necessary to look at the throat of the ghost, Nikhil Gonsalves can only tell you. The nephew-floored aunt angle also weakens the series, and there is no need to become a poet to make a black comedy. The biggest mess of the series story is that the focus here is not only on the first season of the series, everyone just feels that it is a little bit of a save that Netflix must give money to make the second season. So, in the face of further thinking, Vir Das and his congregation are still spoiling the work.

A lot of vulgar language has been used in the entire series. Sometimes it is not able to justify. The same, the series seems to be that even after a lot of effort, it does not reach the level as it should have gone. The series only works to save its acting.

Read also: Why is proper sleep important for health during lockdown

Poco F2 will be launched next month: Read here Specification, Camera, and Price

Microwaving food can kill germs and viruses. Is it true? Read here what research say