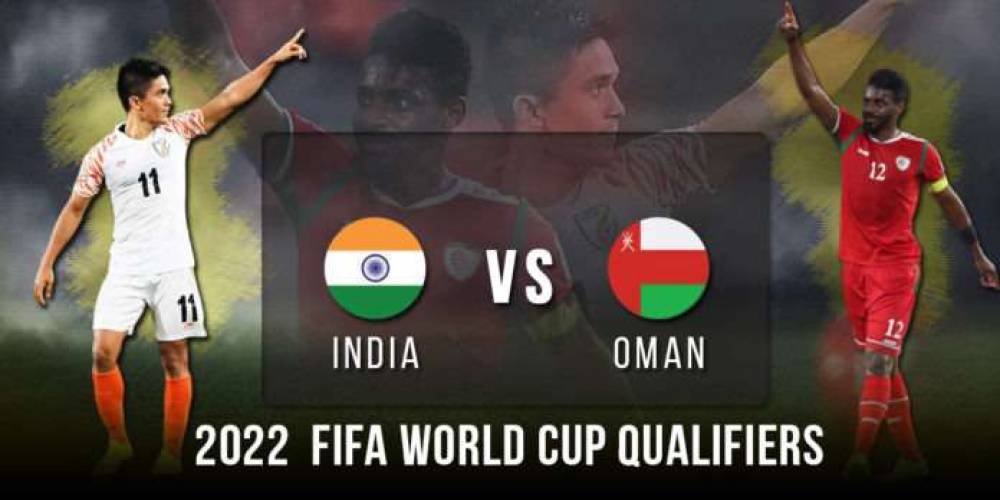 Four matches, three draws, and one loss. The FIFA World Cup qualifiers have now become very challenging for Sunil Chhetri and co. They should conquer against high-ranking Oman on Tuesday to reach the next round. The loss will close all roads for Igor Stimac's team. The Indian team has won only one out of the eight bouts against Oman. In the first round of the match played in Guwahati in September, India was anticipated to win with the help of Chhetri's goal in the first half, but in the last ten minutes, Oman thrashed India by two goals.

The Indian team also played a draw from the lower-ranking Afghanistan and Bangladesh teams after performing a goalless draw from Asian cup winner Qatar. It is true that the Indian team is no longer dependent on the Chhetri, but it was awful to fail to capitalize on the possibilities. The Indian team is placed fourth with three points in Group E. Oman is second in four matches with nine points. Qatar is on top with ten points. The surprising victory against Oman will keep the Indian team's dreams alive, but losing the World Cup 2022 will be out of the qualification race. India will be nine points behind Oman on losing.

They will have three matches, i.e., a maximum of nine points. The runners-up team of the eight groups are also not confirmed to get a straight place in the third round. India has to play against Qatar on March 26, Bangladesh on June 4, and Afghanistan on June 9. India will miss senior defender Anas Edathodika who left for home before the match against Afghanistan due to some family reasons. Aside from him, Sandesh Jhingan, Rowllin Borges, and Amarjeet Singh are not playing due to injury. Indian coach said The Oman team is much better than what we played in Guwahati. They will be a strong contender, and we know that this match will be tough for us.