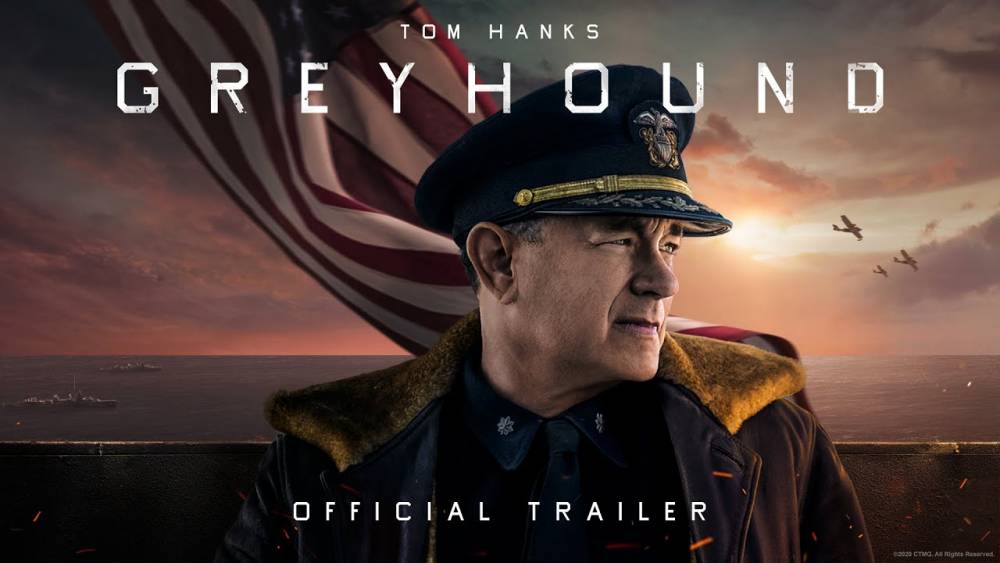 While cinema lovers from all over the world wish to recover from the Coronavirus of Hollywood actor Tom Hanks. On the other hand, Tom's film 'Greyhound' trailer has released. The release date of the film has been announced along with the trailer. The film will knock in cinemas in June 2020. Tom Hanks has also written a screenplay to act in the film. In the trailer, Tom Hanks is seen as a commander whose responsibility is to convey thousands of soldiers to the front line of the war.  In the meantime, they face the ships of the enemies who are always looking at the hardships they face.

The film is shown in the North Atlantic at the time of 1942, where there is an atmosphere of war. Commander Ernest (Tom Hanks) is confronted by the Nazi army. In the trailer from beginning to end, there are bullet-turn, bomb blasts. Based on the original events, the Greyhound is the name of a sea ship led by Commander Ernest. Due to some conditions, the ship does not get air safety for five days. The fleet is moving towards England by sea route. In the meantime, they go out of the ships of the enemies. Things are so complicated that in 48 hours, seven ships of Commander Ernest's army are destroyed, but Ernest continues to compete with his enemies with his discretion and cunning.

Besides Tom Hanks in the film, Stephen Graham and Elisabeth Shue are also among the leading roles. While the film has been directed by Aaron Schneider, Gary Goetzman is making the film a product. It may be noted that Tom Hanks is very famous all over the world as well as in India. Aamir Khan is making Hindi remake of Tom Hanks's 'Forest Gump.' Hollywood's famous actor Tom Hanks and his wife Rita Wilson, have also been associated with this dreaded virus. This was stated by the actor through social media in the past. Meanwhile, Tom Hanks has shared his new picture on social media with wife Rita Wilson after being associated with the Coronavirus.

In a tweet, he said that he is in Australia to make the film these days. While living in Australia, they had a fever, and they would now be separated due to coronavirus. Tom Hanks said that they are now being monitored.