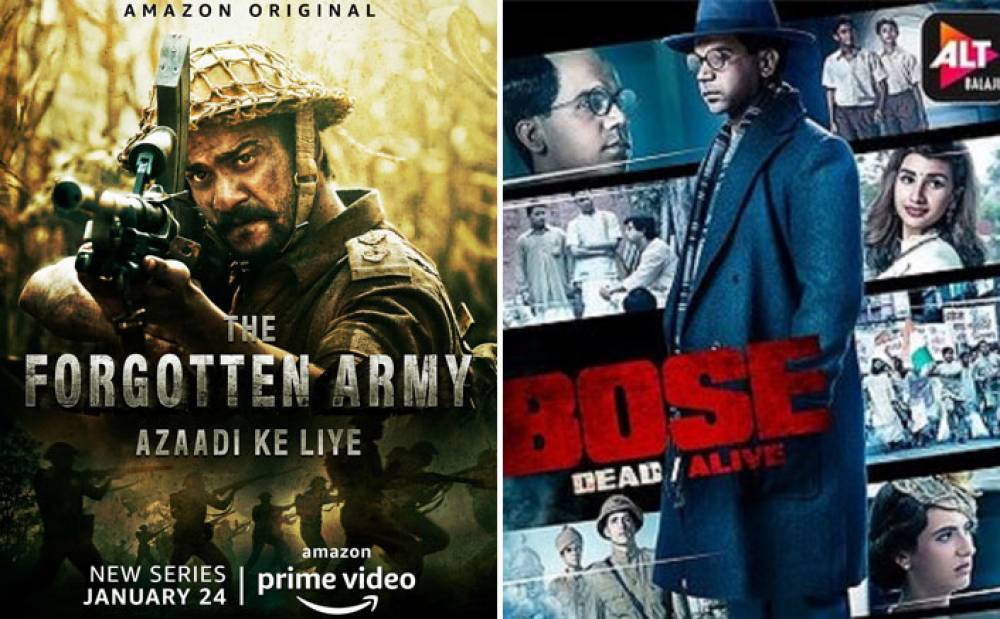 Gradually, the country is changing. In the time of independence, black and white films had their own fan-flying. Then came the round of colorful films. In the decade of 90, TV ruled the hearts of the people. Now, when the country is celebrating its 74 Independence Day, there is a trend of web series. In this way, we are telling you about five web series in this article that demonstrates the country's power and devotion.

Forgotten Army- The year 2020 was started by Amazon Prime Video with Kabir Khan's web series 'Forgotten Army - For Freedom.' The story of Azad Hind Troopers was shown in the Sunny Kaushal starrer web series. This is a web series based on true phenomena. It has been given by Shahrukh Khan.

The Test Case- The Test Case is a web series representing women in the Army. This web series has been released on Alt Balaji and Zee-5. In this, Nimta Kaur played the role of Captain Shikha Sharma. Now the second season of this web series is going to come. The new season includes actors like Juhi Chawla and Akshay Oberoi.

21 Sarfarosh: Saragrahi 1897- A web series based on the battle in Saragrahi on Netflix is available. It has shown the bravery of the Sikh Battalion of the British Indian Army. Mohit Raina is in the lead role.

Special Ops- KK Menon also brought a patriotic web series special ops. Hotstar's web series has played the role of a raw agent, who is behind the country's biggest enemy. The web series released in the Corona period this year was created by Neeraj Pandey The second season is being demanded.

If you liked this story, you must share it. Stay connected to read other similar news and entertainment articles from 9scroob.

Read also: Patanjali can become the title sponsor of IPL 2020: Matches will take place in UAE

Why does the sun red appears and the sky is blue? Know the reason behind it