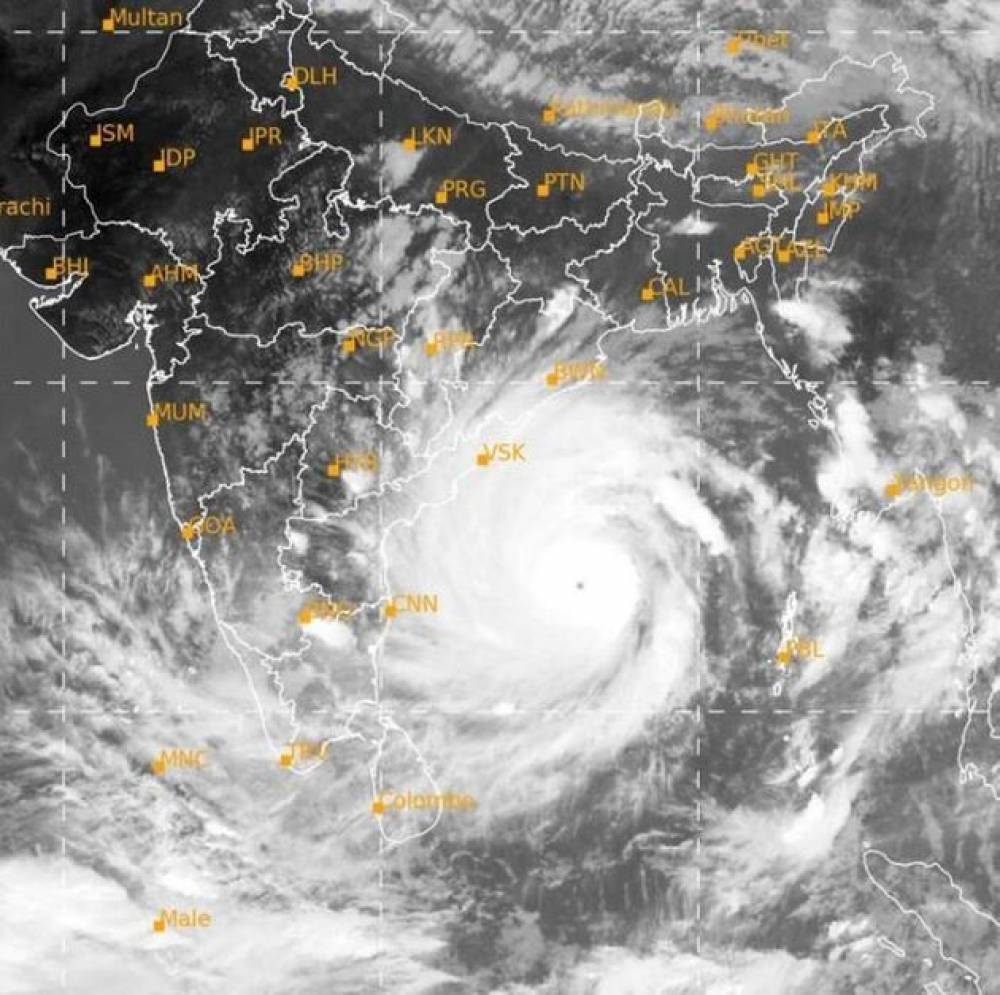 Cyclonic storm Amphan has turned into a storm on Monday afternoon and is feared to hit the coastal areas of Bengal and Odisha on Wednesday afternoon. The wind speed can reach 265 Kmph due to the great storm. Cyclonic storm Amphan, which lifted the Bay of Bengal, has now turned into a super cyclone. Amphan is expected to hit the coast of Odisha and West Bengal on Wednesday, May 20 afternoon. The cyclonic storm will cause strong winds and heavy rain. It is expected to hit Digha in Bengal and Hatiya island in Bangladesh on May 20. Prime Minister Narendra Modi held a review meeting on Monday to prepare to deal with the Amphan cyclone. Modi examined the situation in Amphan and took stock of the measures and preparedness to deal with it.

The super cyclone is forecast to wind up at 230 to 265 Kmph in the Bay of Bengal, which could cause heavy rain in the coastal areas of Odisha and Bengal. In any cyclone, when the wind speed exceeds 220 kilometers per hour, it is rated as a super cyclone. According to the Met department, the super cyclone is likely to hit the West Bengal coast on Wednesday and will cause heavy to very heavy rainfall in the coastal districts of the state. The super cyclone is expected to affect east Medinipur, south and north 24 Parganas, Howrah, Hooghly, and Kolkata districts in West Bengal. Moreover, the cyclone is also expected to affect coastal districts of northern Odisha, such as Jagatsinghpur, Kendrapara, Bhadrak, and Balasore.

According to the National Disaster Response Force (NDRF), 25 teams have been deployed at the ground level in West Bengal and Odisha, while 12 others are ready in reserve. 24 other TEAMS of NDRF are also ready to deal with the emergency situation in different parts of the country. On the other hand, the Indian coast guard and navy have deployed several ships and helicopters for rescue and relief operations in the wake of the super cyclone.  Army and Air Force units have also been kept as emergency arrangements in these states. The 1999 Super Cyclone claimed the lives of more than 9,000 people. There are fears that the storm coming ashore could cause huge devastation.

Ghoomketu Trailer Review: Nawazuddin Siddiqui and Anurag Kashyap are coming in a film on Zee5