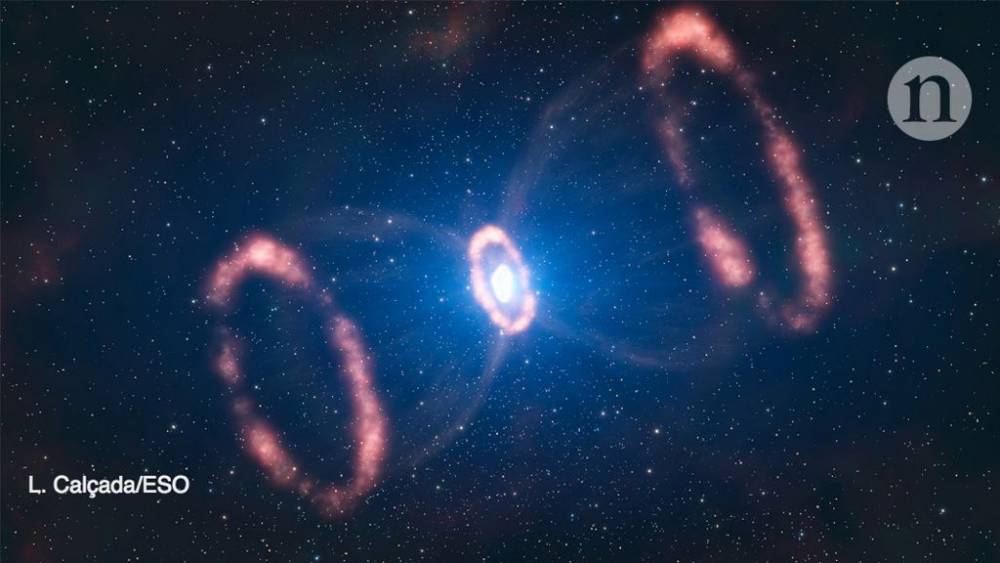 Astronomers have detected the explosion of the largest ever supernova. It is said to be 10 times more powerful than an ordinary supernova. It is not only 10 times more powerful than the normal supernova but also about 500 times shinier than that. Scientists believe that this supernova is formed while two giant stars collide and become one. Scientists in the UK and the US have revealed this in their research paper published in the peer-review journal Nature Astronomy. The Harvard-Smithsonian Centre for Astrophysics in the United States has named sn2016aps. Study co-author Ido Burger described it as "very special" in many other ways, apart from its size and brightness.

In fact, such supernovas usually emit only one percent of their total energy in the visible light range. But SN2016aps removes a far more significant part of it as this visible light. Scientists have estimated this supernova to have so much energy that would be equivalent to an explosion of 200 trillion trillion gigatonnes of TNT. The cloud around the supernova with such abnormal energy is detected to contain very high amounts of hydrogen. The reserves have extracted this meaning that this supernova must have been created due to the two stars like our sun. Scientists say such an event had been mentioned only in principle so far, but for the first time, there was evidence of something like this happening. They hope to find a similar and supernova that will help us know how our universe and its atmosphere used to be long ago.

The energy that is produced by the breakdown of an elderly star is called a supernova. Sometimes the amount of energy that emerges from a star is more than the energy generated throughout the lifetime of the sun, the strongest member of our solar system. The energy of the supernova is so powerful that our Earth's galaxy can fade for several weeks. White dwarf sits in general Lysa to build a supernova, with a teaspoon of liquid weighing up to about 10 tonnes. Most white dwarfs become hot and suddenly disappear. But a handful of white dwarfs are connected with other stars to build supernovas. But this time, the supernova has not collided with the white dwarf star, but the two stars have collided with each other and created the largest supernova in the history of space science to date.

Read also: Is it an endless battle against coronavirus? Read here why?

Are you becoming addicted to your smartphone in lockdown: Read here how bad it is