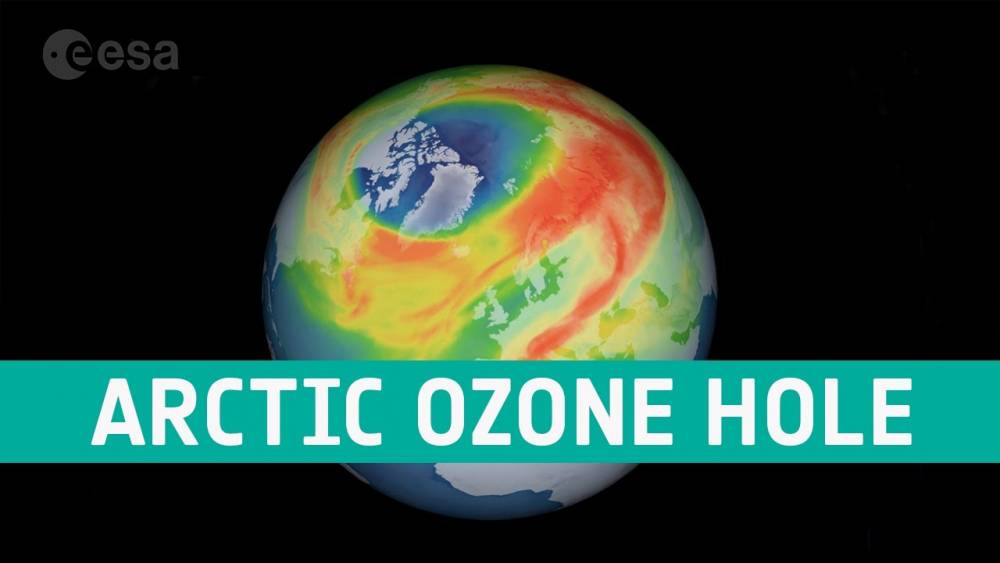 In the late days of March, scientists at the Copernicus Atmospheric Monitoring Service saw a large space over the Arctic region. So far, they had not had such a large cleft in the atmosphere. Soon it turned into a big hole. They had not yet been confronted with such a large hole in the northern hemisphere. Its size was equal to Greenland and spread the surface of the polar icecap. On April 23, good news came. In a tweet, CAMS reported that the unprecedented hole in the Ozone layer in the Northern Hemisphere in March of 2020 this year has been closed.

Why is Ozone so important?

In fact, the ozone layer provides the Earth with the necessary protection from the sun's harmful rays. Most of the Earth's ozone is present in the upper level of its atmosphere( stratosphere). The ozone layer at an altitude of 10-40 km from the ground is very helpful in protecting the Earth from ultraviolet radiation. Any hole in this defense shield can significantly increase the melting speed of ice and can affect the immune system of organisms. This can cause diseases like skin cancer or skin cancer to humans. However, small holes have been found on the ozone layer over the atmosphere of the Arctic region. But this was the first time such a massive hole in the ozone layer was visible, and it had become a concern.

How did the hole show up and then disappear?

CAMS said the ever-increasing hole was the result of abnormal weather over the attic. When strong winds continue to fall into the winds that accumulate over the icy peaks for several days, scientists form a 'polar vortex' in the vocabulary. This strong pressure revolves around its own. This creates so much vigor that it pierces the ozone of the stratosphere. Although the hole is now closed, scientists say it can reopen if the weather is favorable. In a tweet, CAMS said that this large hole in the ozone layer over the Arctic has nothing to do with the lockdown caused by a coronavirus. This was due to very strong and extraordinary wind and a long-built polar vortex. The tweet said that this big hole in the Ozone layer is a symptom of a major problem like a major drop in ozone. It was closed only because of the annual cycle. It is not a permanent solution. But hope remains. The ozone layer is improving but gradually.

Read also: WHO advised some tips to remember while Cooking food to avoid infection

Train Ticket Booking starts from 11th May: Know here how to Book a ticket from IRCTC app

History of Smiley emoji: Interesting facts and story of Emojis