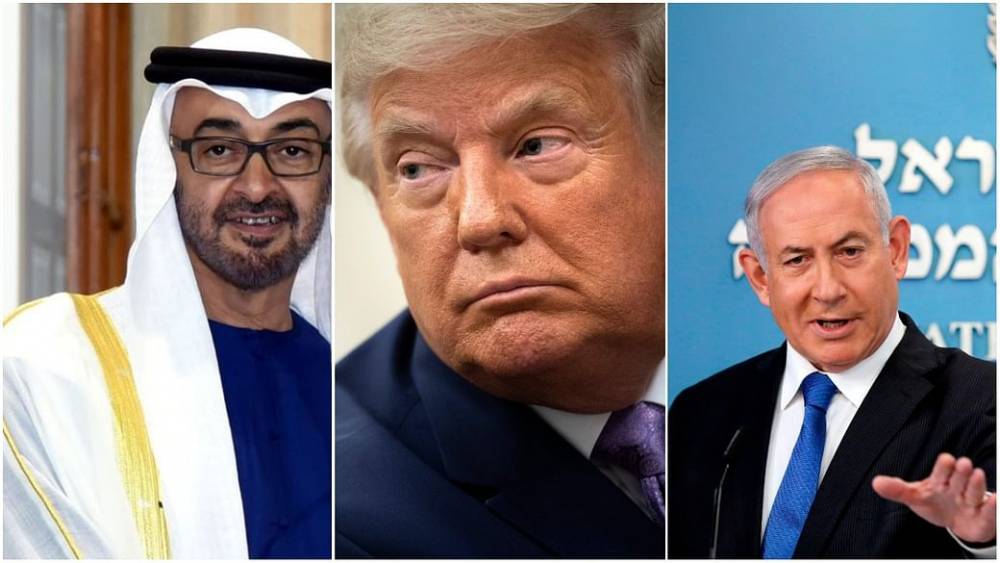 Under the agreement, the United Arab Emirates (UAE) and Israel have agreed to establish full diplomatic relations as part of an agreement to prevent the annexation of occupied land sought for their future status on behalf of the Palestinians. Israel has deferred its plan to occupy the West Bank area under the agreement. According to information, Israeli Prime Minister Benjamin Netanyahu, Abu Dhabi's Crown Prince Sheikh Mohammed bin Zayed and Trump were discussed on Thursday for a long time, and the agreement was agreed upon thereafter.

UAE becomes the third Arab country to enter into an agreement with Israel:

This is the third Israeli-Arab agreement since Israel was liberated in 1948. Egypt entered into an agreement in 1979 and Jordan in 1994. It is not accurate to believe that the new India of friendship between the two countries will be established. But, in the present scenario, its importance cannot be underestimated. Talking to the media about the agreement, Trump said, "Now when the ice has melted, I hope some more Arab-Muslim countries will follow the United Arab Emirates." He said a signature program will also be held at the White House in the coming time.

Israel's Prime Minister Netanyahu has also termed the agreement as historic. In his televised address, he said that the plan to capture the West Bank has been postponed at present. However, he said that all documents related to the scheme will not be closed in the files but will remain before them. Let us say that if Israel works further on the scheme, parts of the West Bank were likely to be officially occupied. In fact, there is a dispute between Israel and the Palestinians over the Jewish settlements built in the West Bank. About 30 lakh people reside in this area. Of these, 86 percent, i.e., about 2.5 lakh Palestinians, and 14 percent, i.e., four, 27 thousand 800 Israeli. Most of these Israeli settlements were inhabited in the decade 70, 80, and 90. The Palestinians want to make a country by joining their occupied West Bank, East Jerusalem, and Gaza Strip.

Netanyahu has now called for working closely with the United Arab Emirates in many other areas, including energy, water, and environmental protection. At the same time, he said that Israel will also cooperate with the UAE in developing a global epidemic coronavirus vaccine for the world. As per the information, bilateral deals can be signed between the two countries in the coming time to establish cooperation in investment, tourism, direct flights, security, telecommunications, technology, energy, health, culture, environment, setting up reciprocal embassies and other areas. These events can be held in the United States.

Palestinian leader surprised at the deal:

It may be mentioned that Israel had no diplomatic relations with Arab countries so far. But with concerns related to Iran, informal contacts between the two countries have now begun. A spokesman for Palestinian President Mahmoud Abbas has termed the deal as a "bargain" and said it is nothing short of sedition. The Palestinian government has also withdrawn its ambassador to the UAE. Iran's Revolutionary Guards have also termed the agreement between Isriyal and UAE as shameful.

The big question is whether the rest of the Gulf countries can also take such a path after this agreement. It is also important what is not there. Israel and the United Arab Emirates may be likely to benefit in the recent or late, but the Palestinians have once again been marginalized. The agreement is far from a comprehensive peace plan to resolve the Palestinians' issue. While Netanyahu can benefit from the general election, it does not see immediate benefits for the UAE, but its relations with the US will be strong, and Iran will also get various cooperation.

Trump excited, given the election:

Donald Trump is pleased with the agreement between Israel and the UAE. It is seen as a victory of his foreign policy before the presidential elections in November this year. Donald Trump, who has suffered a lot of his credibility on the corona, will definitely try to capitalize on it in the election. The main thing here is that both Trump and Netanyahu are being criticized for controlling the coronavirus pandemic. Netanyahu has also been accused of corruption. Both the leaders will try to shore up their political motives with this agreement.