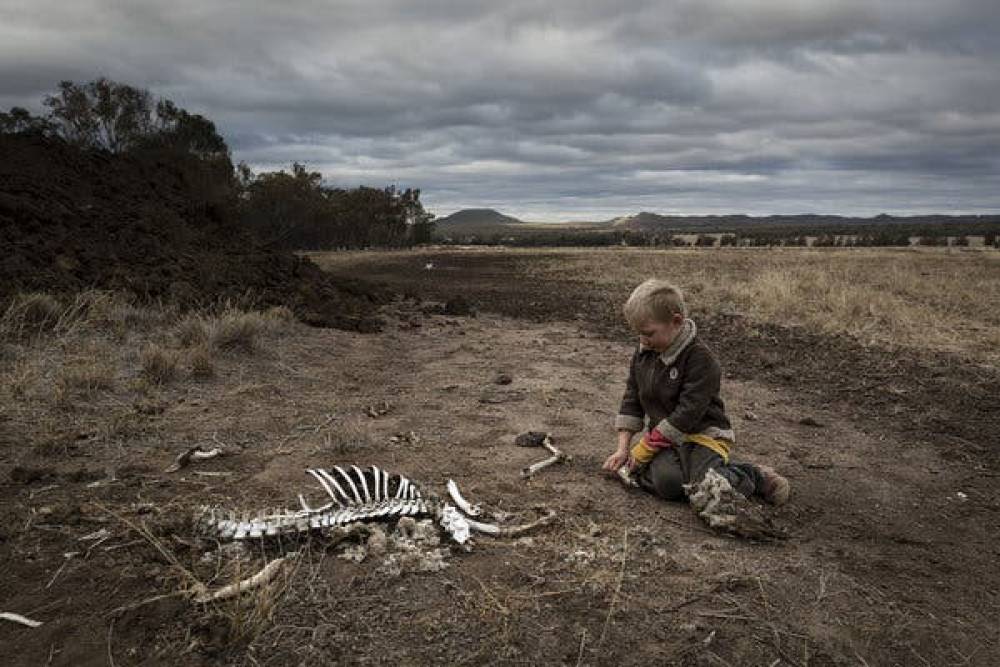 Global warming could pose a major crisis by the end of this century for India, which is already reeling under drought, floods, and cyclonic storms. The First-ever report by the Government of India on climate change says that by the end of the century (by 2100), India's average temperature will rise by 4.4 degrees. The direct impact will be reflected in the rise in heat waves and cyclonic storms as sea levels boom. The government will release the report of the Ministry of Earth Sciences this week. According to the report "Assessment of Climate Change over the Indian Region," if major steps are not taken to prevent climate change, heat waves will increase 3 to 4 times, and the sea level may rise by 30 centimeters.

The warmest day and coldest night temperatures in the last 30 years (1986-2015) have increased by 0.63 degrees and 0.4 degrees, respectively. The temperature rises to 4.7 degrees and 5.5 degrees by the end of the twenty-first century compared to the previous time (1976-2005). The report also says that the frequency of hot days and hot nights will increase from 55 to 70 percent. This estimate is not good news for India as it is in the countries where climate change will be the worst hit.

The report says that the monsoon between June and September between 1951 and 2015 has decreased by 6 percent, affecting the Ganga plains and the Western Ghats. The report says that there has been a 27 percent increase in drought incidents between 1981-2011 compared to 1951-1980. The incidence of rain in central India has increased by 75 percent since 1950. It is estimated that there will be a 'significant' increase in daily rainfall by the end of the century. The number of very powerful cyclonic storms has increased in the first two decades of this century (2000-2018). The report says that due to seasonal factors, more powerful cyclones will hit the coasts in the northern Indian Ocean. Global warming continues to rise from the surface of the sea. The report said that while the northern Indian Ocean was rising from 1.06 to 1.75 millimeters between 1874 and 2004, the sea level has been witnessing an increase of 3.3 millimeters per annum in the last 25 years (1993-2017).

The report said that due to declining monsoon, the incidence of drought is increasing, and the area affected is continuously increasing. Between 1951 and 2016, an average of 2 incidents of drought is taking place in different parts of the country every decade, and the acreage is growing at 1.3%. Given the changing monsoon patterns, the situation will worsen by the end of the 21st century. The report says that by the end of the century, where the average sea level will rise to 150 millimeters worldwide, it will be 300 millimeters (about one foot) in India. Though the report does not give any assessment in terms of cities, there is a danger to the existence of cities like Mumbai, Kolkata, and Trivandrum, which are densely populated along the coastline. India must be surrounded by sea on three sides, and its 7,500 km long coastline is also connected with at least 250 million people.

India is a very sensitive country in terms of climate change. Experts around the world have been warning about it. In a 2017 study, India was the sixth most troubled country in the world in terms of climate change. In 2018, HSBC assessed the threat of climate change on 67 economies in the world, saying that Climate change threatens India the most. More than 50% of India's agriculture is dependent on rainfall, and there are thousands of small glaciers in the Himalayan region and many agro-climatic zones across the country. The uncertainty of the weather and natural calamities will cause great loss of life and property to India. The World Bank has also said that global warming could cause a loss of several million dollars to India.

To improve the situation, it has to control anthropogenic activities that are increasing global warming. The report also warns it and says that better climate forecasts will be needed. "Man-made climate change is likely to continue to grow in the twenty-first century," the report said. For future climate projection – especially for regional forecasting – there is a need to develop a strategic working style to better understand the activities of the earth system and improve the inspection and climate model."

What is Zinc? and why it is important for health: Zinc foods that increase body immunity