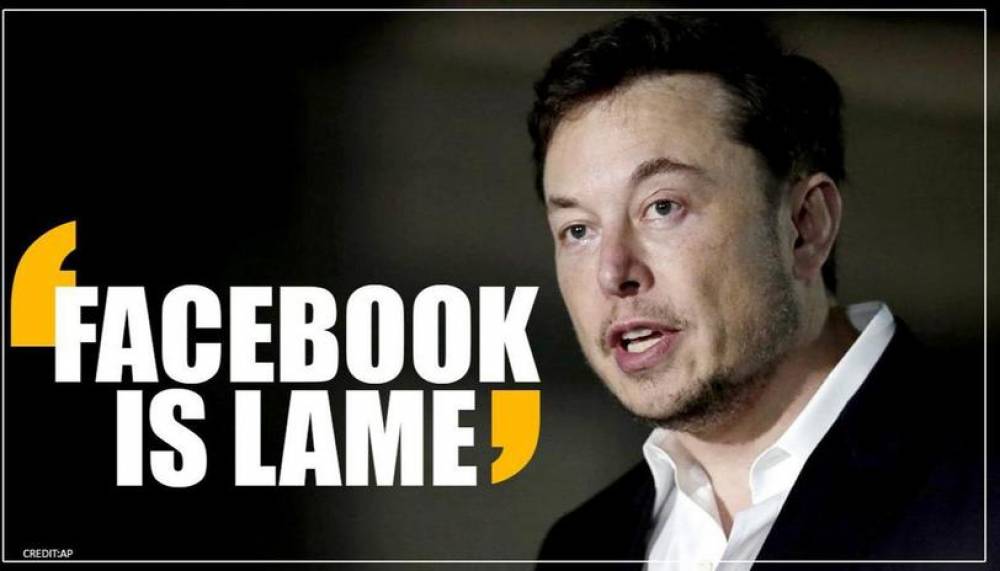 Tesla CEO Elon Musk has continued to be the center of any great discussion these days. Recently, Elon made a big statement on Facebook on his official Twitter account. He wrote in a tweet that all people should delete Facebook from their phones and also told it's lame. In fact, Elon Musk made such a statement because popular actor Sacha Baron Cohen had targeted Facebook over fake news. Not only that, but he also questioned the credibility of Facebook. In a tweet, Cohen said that a man cannot arrange water for 2.5 billion people, a man cannot arrange electricity for 2.5 billion people, and how can a person control the data of 2.5 billion people? The government needs to rein in Facebook.

As everybody already knows that Elon Musk has long been criticizing Facebook. He raised questions about Facebook's credibility through Twitter. On the other hand, CEO Pavel Durov of Telegram made a big statement on WhatsApp last week. Earlier in the year 2018, Elon Musk deleted his Facebook account.

Pavel Durov made a big statement on Facebook-owned WhatsApp. Pavel said that WhatsApp is a very dangerous app and threatens the data of millions of users. He further added that all users should use the Telegram app for messaging. As per many reports, Jeff Bejose's WhatsApp data was leaked, after which Telegram CEO Pavel had advised not to use WhatsApp. Pavel wrote in his official blog, due to lack of enough security, WhatsApp can leak the data of iOS and Android users anytime. He further wrote that these users should use Telegram instead of WhatsApp, as this platform is much safer. Not only that, but Pavel has also targeted WhatsApp's end-to-end encryption feature. Telegram CEO Powell has said that this feature of WhatsApp does not completely protect users' data. He further said that we keep our users' data absolutely protected, and their data on the Telegram Messenger platform will never be leaked.