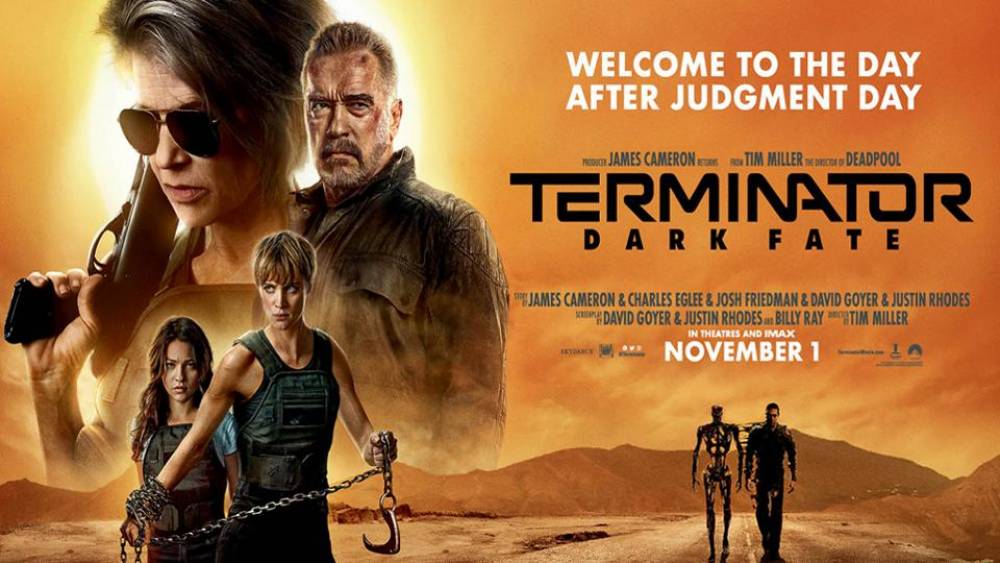 Arnold Schwarzenegger, Linda Hamilton, and James Cameron, along with 'Terminator: Dark Fate', the sixth movie in the Hollywood super hit franchise Terminator Series. The combination has brought back to the big screen. The sensational trio of Linda, Arnold, and James was last seen in 1991, and the film was 'Terminator 2: Judgment Day'. Only this film of the Terminator series has an amazing action sequence of Arnold and Linda. But Mackenzie Davis's action and acting are both top-notch, and fans cannot remove eyes from her performance.

The story of Terminator: Dark Fate' is about Danny, the future leader. To save her life, Grace (Mackenzie Davis) arrives to kill a very dangerous terminator. At the same time, at that place is a terminator who wants to kill Danny. Grace has been prepared as a superhuman, but the other terminator is more powerful than her. In that story, Grace met with Sara Corner (Linda Hamilton) and they decided to meet Karl who killed Sara Corner's son John. This is how this trio tries to save Danny.

If we talk about acting, Linda and Arnold did their job well, but Mackenzie Davis overwhelmed them with her performance in this movie. Her superhuman avatar leaves everyone speechless with her acting accomplishments. Terminator: Dark Fate is a blast for fans of this series who wanted to watch this combination. Yet, the story of this film is quite normal, but VFX and the action of the film is topper. In such a situation we can say, Terminator: Dark Fate' is a perfect spice film for the lovers of the Terminator series and action movies.

James Cameron said that this film had an intensity as the rest of the films and it possesses a sense of dismissing terror. He also added, ' this film, like other old films which deals with the danger of human confrontation with artificial superintelligence. But compared to the previous movie, it has a more science-fiction details.