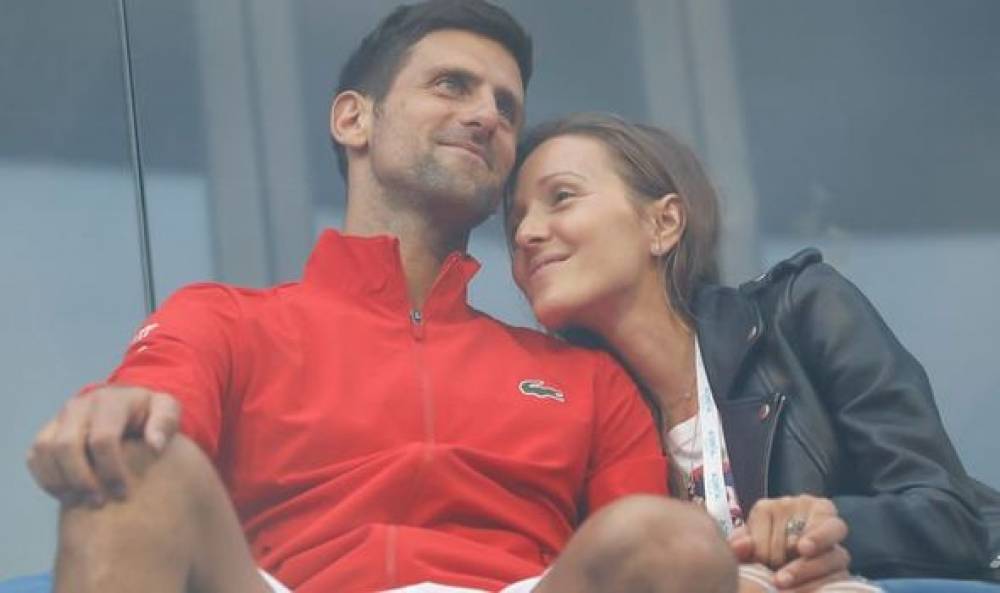 World number one tennis player Novak Djokovic of Serbia was tested for coronavirus COVID-19 after arriving in Belgrad on Monday and was found positive in Tuesday's report. In addition to Djokovic, the return of professional tennis has become complicated after Bulgaria's Grigor Dimitrov, Croatia's Borna Coric, and Serbia's Viktor Troicki were also found infected with the corona. Serbia's great tennis player Djokovic issued a statement on Tuesday. We conducted the test only after reaching Belgrad, "Djokovic said. My test has come positive, and Jelena has also come to the test negative of our children. I will now be in isolation for the next 14 days and test in five days.

Professional tennis has been postponed since mid-March due to the global epidemic coronavirus. Djokovic had launched a four-stage Adria tour to promote the game and raise funds for the needy. Two phases of the tour were held that four players and two coaches were in the corona's grip. The coaches also include Djokovic's fitness coach Marco Pani. During the tour, the corona test of Djokovic, Dimitrov, Coric, and Troicki was positive. In addition, Djokovic's fitness coach Marco Panichi and Dimitrov's coach Kristijan Groh have also become infected with the corona. Djokovic, Dimitrov, Troicki, and Coric participated in the exhibition tournament of the Adria tour hosted by Djokovic. The final match of the second leg of the tour was canceled in Zadar, Croatia after Dimitrov and Coric were infected. It may be noted that Croatia's Prime Minister Andrej Plenkovic also arrived in the Zadar tournament on Saturday and met tennis players. A local newspaper reported that the Prime Minister had conducted his test on Monday.

The visitors' gallery was packed to watch the Adria tour, the players were hugging each other on the net, taking pictures and dancing in clubs. In both the phases, no care was taken for social dissing, and the spectators in the stand were sitting without masks. Djokovic had also organized parties for sportspersons whose photos were flash on social media. The tour has already been canceled due to corona, the third phase in Montenegro, on June 27-28. The fourth and final phase of the tour is to be on July 3-4 in Bosnia's city of Banja Luka, but now it will also have to be canceled.

Alexander Zverev, Marin Cilic, and Andrey Rublev will stay in quarantine for 14 days:

Meanwhile, The Test of Alexandre Zverev of Germany, Marin Cilic of Croatia, and Andrey Rublev of Russia have been negative, but he has said that he will abide by the rules of isolation and will remain in quarantine for 14 days. Tria played in the first phase on June 13-14 in Belgrad, while Dimitrov and Coric were found positive in the second phase on June 20-21. His wife has also been found positive with Tria. But his daughter's test has come negative. Djokovic and his wife have been found positive, but their children's test has been negative. Last week, the men's ATP and women's WTA had released a revised calendar to start the tennis circuit from August, while the organizers of the last Grand Slam US Open of the year have said that the tournament will be held without spectators from August 31 to September 13 as per its scheduled schedule in New York. But the Adria tour will have to reconsider the plans for the return of tennis after three players are corona positive.

Read also: How to get natural and flawless skin by using these home remedies

Patanjali launched Coronil medicine to cure COVID-19: Read here all you need to know about it