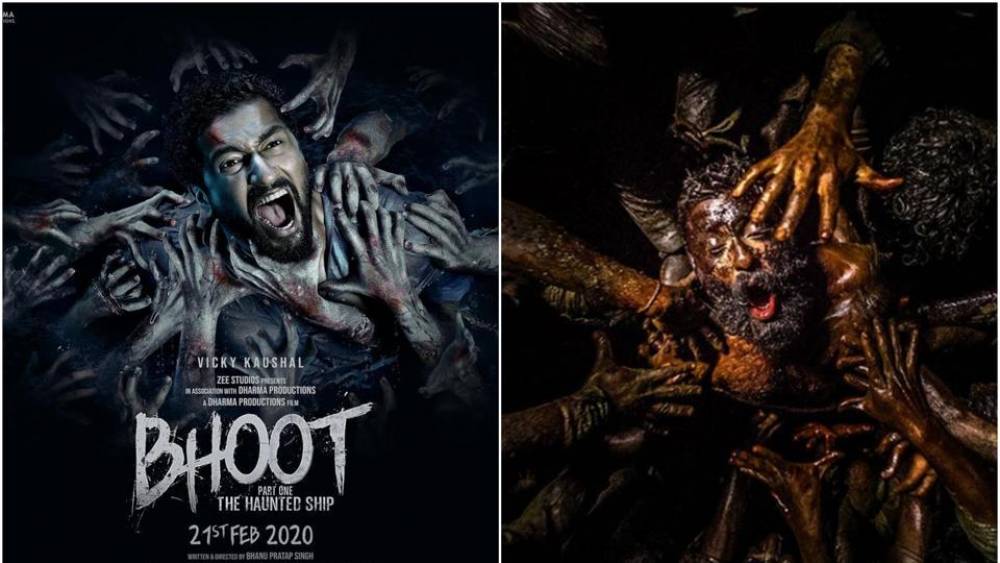 Bollywood actor Vicky Kaushal's first horror film 'Ghost Part-1: The Haunted Ship' teaser has been released. The teaser of 58 seconds looks scary, dramatic, and promising, with Vicky Kaushal wandering in a house in the dark. There is a torch in his hand, and he is looking for something in the house. The light of the torch shows that the walls of the house have a mark of the toes of one's hand. The scars of a human person's hands are visible on the wall and are of color. In the film, it is being shown in such a way that it is a trace of blood. In the light of the torch, Vicky Kaushal saw a photograph of himself, which was made of blood in handprint pattern, and the hand marks on the wall become real hands, and the Vicky Kaushal are caught by those hands.

A day earlier, posters of the film were released on Thursday. On Thursday, Vicky Kaushal and Bhoomi Pedunntax released three posters. In posters, Vicky is seen in the clutches of devils. While some people are very fond of it, some say that a poster of Vicky is very similar to the poster of another film south movie Jallikattu. If we talk about 'Ghost Part 1', it is based on a true incident on the ship. Now we have to wait to see how amazing the film is and how scared the audience is. However, the concept of the film is being liked very much. Ashutosh Rana is also a crucial role in the film of producer Karan Johar and director Bhanu Pratap Singh. The film will be released in cinemas on February 21, 2020, and Ayushmann Khurrana Star will be more careful.