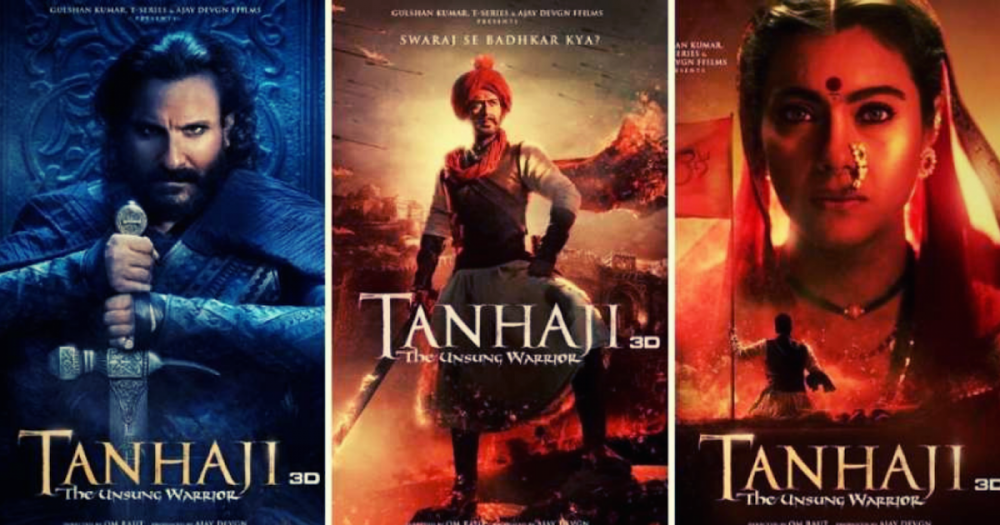 Apart from filmmaker Sanjay Leela Bhansali and Ashutosh Gowariker, who made films on Indian history in the film industry, hardly one or two names after a lot of thinking. The biggest reason for this is that making historical films needs a lot of research and hard work.

As a director, Om Raut can be given 100 numbers out of 100. Ajay Devgan is seen as astonishing and different in the character of Tanhaji. From the first frame to the last, there is no glimpse of Ajay Devgan with his instance acting, and he does like the Tanhaji. The presence of Kajol (Savitri) over the moon in the scenes. As an actress, Kajol, every small scene also makes in her favor. Saif Ali Khan's playing role of Udaybhan and he has given remarkable performance. His negative role in every scene is a testimony to his being an actor. In addition, Chhatrapati Shivaji Maharaj became Sharad Kelkar seems to be impressive. All other artists look equitable in their own characters. Overall, it will not be wrong; Tanhaji is a grand and entertaining film that has knowledge of the glorious tradition of history as well as the pride story of the knights of Indian history! You will surely not be disappointed by watching this magnificent historical film.