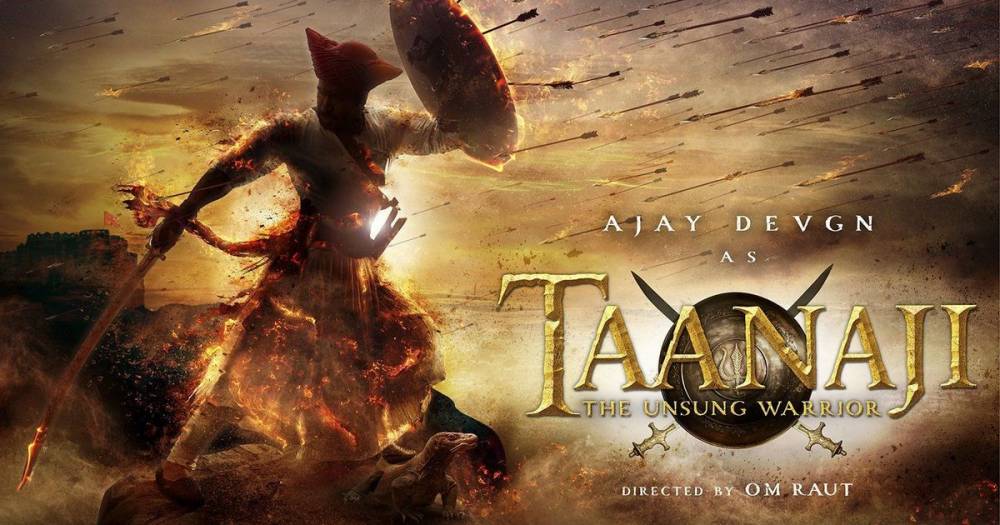 The trailer for Ajay Devgn, Saif Ali Khan and Kajol starrer period drama Film Tanaji: The Unsung Warrior has been released. The film is based on the life of Tanaji Malusare; this is the 100th film of Ajay Devgn's career. The movie trailer is powerful. Social media users are praising Tanaji's trailer. The film based on a historical character Tanaji, which is being liked by audiences. Kajol with Ajay Devgn is also seen in the main role in the film. In the film, Ajay Devgn is playing the role of Subedar Tanaji Malusare, the General of Chhatrapati Shivaji's army. Ajay Devgn is performing the role of a warrior in the film.

If we talk about the trailer, the dialogues are great. Ajay Devgan looks aggressive like every time, and this time too, his eyes and voice are uplifting his acting strength. The scenes of picturization and corrosion have been used freshly. Particularly with the help of a rope, climbing the fort, and crossing the river. Sharad Kelkar is looking amazing in the role of Chhatrapati Shivaji Maharaj's character. Kajol has delivered good dialogues, and her chemistry in the film is looking fabulous with Ajay Devgan.

Now, talking about the most astonishment package of the film is Saif Ali Khan. In the past few years, many hero villains have come to the period films, but Saif Ali has given a shock to his admirers in this film. He is clever and cruel, even from dialogues, and with the look. After Omkara, the negative role of Saif Ali Khan can once again be appreciated by the film audience. The 3-minute 21-second trailer has won the hearts of all viewers. In the film, Ajay Devgan Is playing the role of Tanaji, Kajol is playing role of Savitribai Malusare, Saif Ali Khan Udaibhaan, Sharad Kelkar Chhatrapati Shivaji Maharaj, Luke Canny Aurangzeb, and Padmavati Rao Jijmata. The film will be released on 10th January 2020.