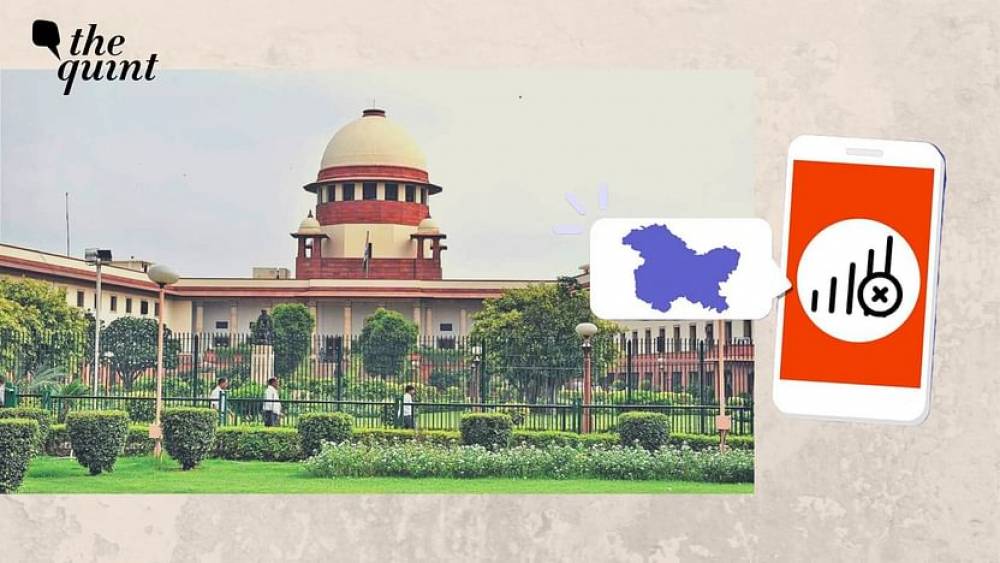 The Supreme Court pronounced its verdict Friday on petitions filed against the Government's restrictions imposed in Jammu and Kashmir after article 370 was removed. The apex court, in its judgment, said that the orders issued on the restrictions should be reviewed within a week. It may be known that the constraints include a ban on the arrival of leaders, on the internet, etc. The court categorically stated that the internet cannot be banned indefinitely. The court considered the use of the internet as part of the fundamental right and said that the internet should be introduced for essential services. People have every right to disagree. The internet cannot be kept closed for an unspecified time.

Government to review all its orders of restrictions in Jammu and Kashmir within a week and withdraw unnecessary rules. The court also said that the Government should make public the orders relating to the restrictions. The Bench of Justice NV Ramana, Justice R Subhash Reddy, Justice BR Gavai in its judgment, said that the rules relating to the restrictions should be reviewed in between. The ban cannot be imposed on the internet without any reason. Restrictions on the Internet should be imposed only if necessary. In the orders issued by the Government, it should be taken care that there is no hindrance in all essential services like medicine. While giving the verdict, the Apex court said that there has been a long history of violence in Kashmir, but we have to balance freedom and security. It is also necessary to protect the fundamental rights of citizens. Freedom of expression is an essential part of democracy. The use of the internet is also part of article 19 (1) (a) freedom of expression. After the court's decision, the advocate said that the court also noted that the ban on the internet for indefinite calls is an abuse of power.

It may be recalled that on 5th August 2019 last year, the central Government had removed article 370 from Jammu and Kashmir and made it a union territory. After that, some restrictions were imposed on the entry of external leaders, internet, mobile calling facility in Jammu and Kashmir. Several other leaders, including Congress leader Ghulam Nabi Azad, Anuradha Bhasin, had filed a petition in the Supreme Court against the restrictions. The supreme court had reserved its verdict in the case on 27th November.