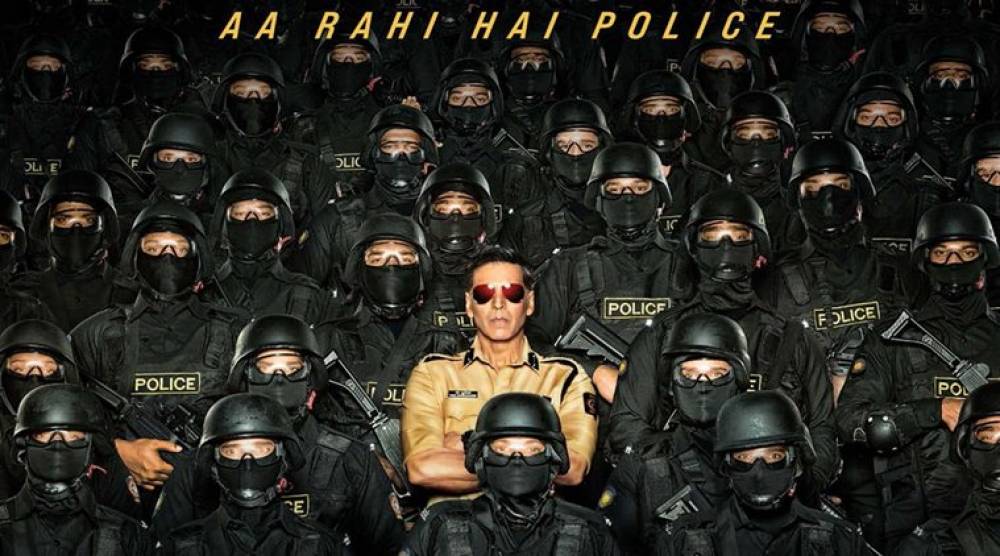 Director Rohit Shetty's third film of the Cop Universe has been released. Akshay Kumar and actoress Katrina Kaif are seen in the main role in the film. Ranveer Singh and Ajay Devgn will be seen giving guest appearances in the film. Earlier, Singham and Simmba have arrived in the Cop Universe, and this is the third film. In this film, the audience will see Akshay Kumar's action like Singham and Akshay Kumar can be liked in police uniforms. The film's trailer is full of action, comedy, and drama. Let's say that the film was announced in the film Simmba itself and the character was introduced.

The film, which started with information about the Mumbai attacks, shows that Akshay Kumar is given a mission to stop a terrorist activity after intelligence input. Akshay Kumar detects terrorists throughout the mission. At the same time, Ranveer Singh takes recourse to a witty police officer. Ajay Devgn has also been shown as Singham. Filmmaker Karan Johar has reported the release of the trailer from his Twitter account. Akshay Kumar has also released a link to the trailer.

The main thing this time is that it is quite different from the previous films because the action has become even more powerful, using machine guns and helicopters, etc. The first film was to be released on March 27, but now the film will be screened in cinemas on March 24. For the first time in the film, Akshay Kumar, Ajay Devgn, and Ranveer Singh will be seen working together in a film.

The duration of the trailer of the action-packed film 'Sooryavanshi' is 4 minutes. In fact, Katrina Kaif will be accompanied by Akshay Kumar and Rohit Shetty's special guests, who will join them at the trailer launch on Monday. Recently, it was announced that 'Sooryavanshi' will be released on 24th March three days before the scheduled release.

Akshay will be seen onscreen with Katrina Kaif after a long time in 'Sooryavanshi.' The two stars last worked together in the film 'Tees Maar Khan' released in the year 2010. Besides Akshay and Katrina in 'Sooryavanshi,' Gulshan Grover, Abhimanyu Singh, Niharika Raizada, Jackie Shroff, Sikandar Kher, and Nikitin Dhir will also be seen. 'Sooryavanshi' is presented by Reliance Entertainment and produced by Rohit Shetty, Karan Johar, and Cape of Good Films.

Read also: Why do travelers love to travel Rohtang Pass? Some useful tips for traveling there

Is Karan Johar planning to make a biopic on Sourav Ganguly with Hrithik?