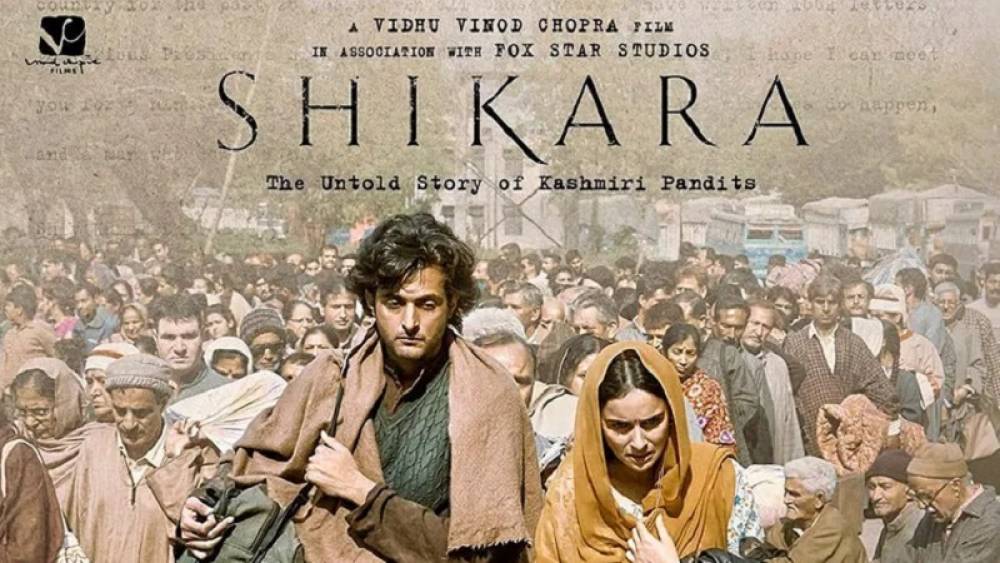 The Kashmir issue remains a matter of discussion in both politics and Bollywood these days after the Modi government's decision to remove section 370, the decision was welcomed by everyone all over the country, and in the same politics, the opposition opposed the decision by making it an issue of debate. Also done. While the discussion on the topic is not yet cold, while the political people are debating it for political gain, the prominent Bollywood filmmakers and directors are trying to capitalize on the subject at the box office.

Filmmaker Vidhu Vinod Chopra is gearing up to show a story on screen for Kashmiri Pandits and Kashmir. In which we will see the story of Kashmiri Pandits 30 years ago. Just as Kashmiri Pandits were issued a decree to leave home about 20 years ago and leave Kashmir, how nearly four lakh Kashmiri Pandits had to leave their Kashmir-settled haven settled in Kashmir overnight. Another poster of the film was released earlier, before the trailer, the poster shows a focus on a woman and a man in the camp, a motion poster was released a few days before the film, which reads, "There was a forced exodus to independent India in 1990, which led to more than 400,000 Kashmiri pundits had to flee from the Kashmir valley overnight.

Shikara is a historical romantic drama film. According to the information, the 1990 incident will be screened in the film Shikara when thousands of Kashmiri Pandits were forced to flee. This poster of the film can be seen in that thousands of female men are waiting for their turn. When more than four lakh Kashmiri Pandits fled the Kashmir valley on January 19, 1990. Thirty years later, many of them are still unable to return. Now, thirty years later, the pain of the same story will be shown in Shikara. The main thing is that Shikara is releasing after Article 370 was removed six months ago. Then Jammu and Kashmir got independent statehood, Vidhu Vinod Chopra is directing the film with the production of the film. The music in the movie belongs to AR Rehman. The film will be released on February 7, 2020. We also hope, in this movie Vidhu Vinod Chopra has shown real truth and cruelty without being biased.