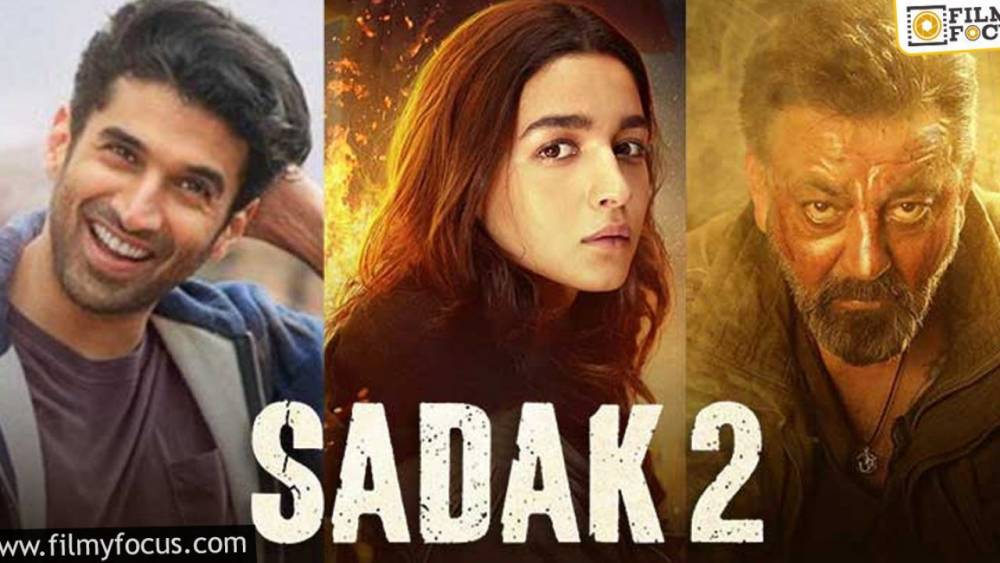 Sadak 2: The trailer for Alia Bhatt, Sanjay Dutt, and Aditya Roy Kapur starrer 'Sadak 2' has been released in the past. The film's trailer is full of thriller and romance. But surprisingly, the film's trailer has had many times more dislikes than the likes. The film was being a troll when the poster of the film unfolded.

Let's say that with the release on August 12, the trailer of 'Sadak 2' is trending on YouTube and has been viewed 22 million times within 24 hours. But the trailer for 'Sadak 2' has been dissed more than 6.5 million times so far, which is a record in itself. While looking at this trailer, the number of likes or likes is just around 353k.

Let me tell you, since the demise of Sushant Singh Rajput, the film was presented as an example of nepotism in Bollywood on social media. On Rhea, the late actor's father, K.K. Singh, has made several allegations, including inciting Sushant to commit suicide in an FIR. Bollywood has been divided into two parts after Sushant's demise.

The trailer of 'Sadak 2' was released on the official YouTube channel of Fox Star Hindi. The trailer has received 353K likes so far, while the number of those who dislike it has reached 6.5 million, which has been steadily increasing. However, there is a mixed reaction of the 3 minutes 2-second trailer. Some people praise the acting of Sanjay Dutt, so some people are not satisfied with the story of the movie. Alia Bhatt, Sanjay Dutt, and Aditya Roy Kapoor's film 'Sadak 2' will be released on Disney Plus Hotstar on August 28. The film will also see Jishu Sengupta, Makananda Deshpande, Gulshan Grover, Priyanka Bose, Mohan Kapoor, and Akshay Anand. The film 'Sadak 2' has been directed by Mahesh Bhatt. Let me tell you that Pooja Bhatt is also making a comeback in the acting world.

Aside from Sanjay Dutt, the star cast of the film is fiercely trolled by trollers, but actress Pooja Bhatt doesn't mind it. In fact, in the Sushant Singh Rajput case, Mahesh Bhatt's name has been hit by the Bhatt family trawlers and Sushant's fellows. Alia Bhatt is constantly being targeted on Twitter. That is why there is a demand for Sadak 2 to boycott.

Organ Donation Day 2020: Know here the history and significance of this day