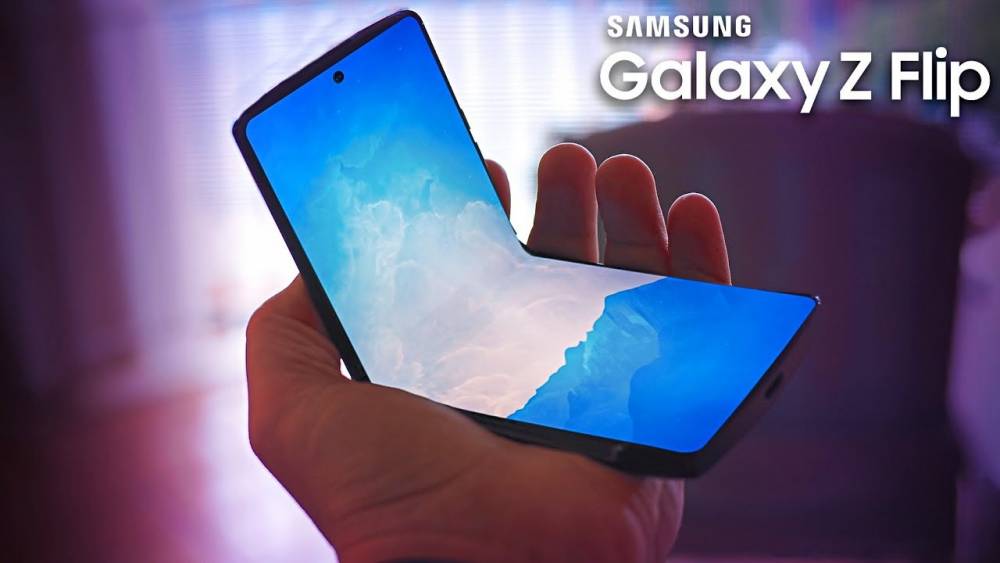 After all the leaks, Samsung has finally launched its second foldable phone Z Flip (Samsung Galaxy Z Flip) at the global level. Users will get an ultra-thin display, powerful processor, and exquisite quality camera support on this phone. In addition, users will be able to purchase this device with mirror black and pink color options. The company will provide this phone for sale in a select market from February 14, including South Korea and the US. However, the company has not shared much information about the launch of this phone in India. So let's know more about the price and specifications of the Samsung galaxy z flip...

Samsung has given a dual rear camera setup in this phone, with a 12 megapixels primary sensor and another 12 megapixels ultra-wide-angle lens. On the other hand, users have got a 10-megapixel selfie camera to take eye-catching and superb selfies in front of this phone.

The smartphone features a 6.7-inch Full HD dynamic AMOLED display with a resolution of 1080x2636 pixels. At the same time, an inch screen is given on the outside, which appears to be on the curve. Its aspect ratio is 21.9:9. In addition, users have got 7nm of octa-core chipset and 8 GB RAM + 256 GB storage for better performance in this device. That's where this phone works on Android 10 operating system.

In terms of connectivity, the device has features like 4G LTE, Wi-Fi, Bluetooth 5.0, GPS, NFC, and MST. At the same time, the company will provide a long-lasting battery of 3,300 mAh on this phone.

The company has kept the price of the Galaxy Z flip folding phone at 1,380 dollars (about Rs 98,400). Let us say that the company will create a limited stock of this phone. Last year, the Galaxy fold was unloaded in the Indian market, which had a bumper cell.

When the phone is folded, the phone size is 87.4x73.6x17.33mm and 167.3x73.6x7.2mm when it is unfolded. The phone is also equipped with a special built-in Flex mode UI, which the company has teamed up with Google. On the phone, it can be enabled through 'Hideaway Hinge.' With the help of this, the user can open the phone from different angles. The company claims that the phone can be opened 2 million times comfortably and closed.

Read also: OnePlus 8 series leaks, may available in the market before you expected: Read the Specification and Price