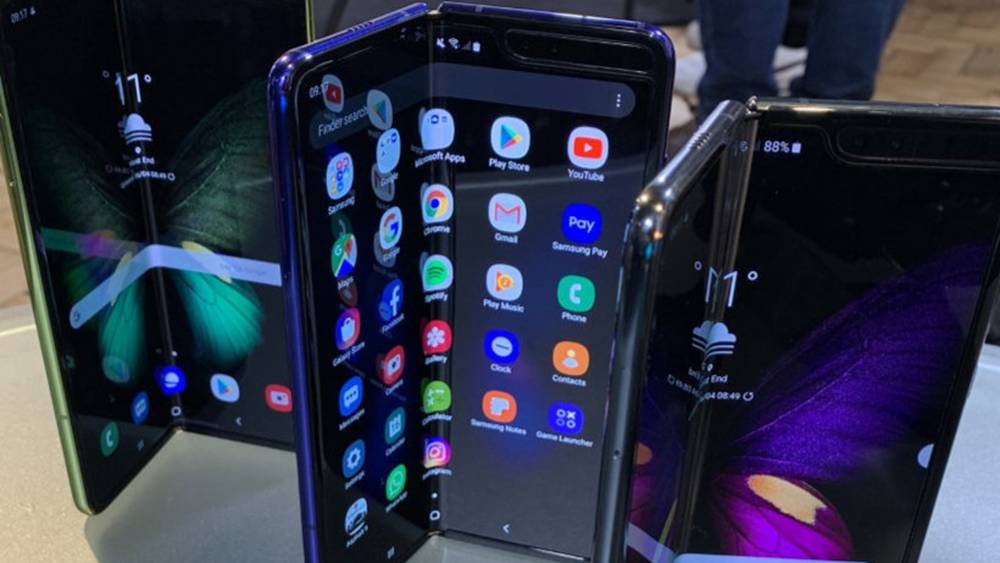 Samsung's smartphone, which people have been waiting for a long time, finally launched. The Indian launch event starts on 01 Oct 2019 at 12 pm (noon). The company has launched its first folding smartphone. This phone was shown by Samsung at the conference of developers last year. This phone is named Galaxy Fold by this company.

South Korean company Samsung has finally introduced its much-awaited and premium segment phone Galaxy Fold in India. The price of a smartphone-cum-tablet Galaxy fold smartphone can range between Rs 1.5 lakh and Rs 1.75 lakh in India. This phone can be purchased only through select retail outlets and pre-book mode. This phone will come with a particular customer care service. This phone was first to be launched on 26 Apr, but the company had to postpone it due to a defect in its display.

The company gave information about its specification in February. This phone will launch with a 7.3-inch Infinity Flex display and six cameras while the secondary display is 4.6 inches, which is present on the cover of the phone. After opening the phone, it turns into a 7.3-inch display. In this phone, the company will use Qualcomm's latest processor, Snapdragon 855 Octacore. Also, this phone will knock with 12 GB RAM and 512 GB internal memory. This Galaxy Fold has a 4380 mAh battery. Talking about the Android version, it will work on Android 9 Pie. However, it is not known yet that all the specifications in the phones launched in India will be old ones or some changes will be made in them.

The Samsung Galaxy Fold looks like a small pencil box when closed. After folding, the phone will see a 4.6-inch HD + Super AMOLED display. At the same time, when opening the fold, then its screen increases to 7.3 inches. In this phone, the company is using a software called App Community.

It is being said that two variants of the Galaxy S10 series have triple rear sensors, while it's premium variants will get a glimpse of the quad rear camera setup. A 7.3-inch display can be given in a foldable phone, and after folding it will turn into a 4.58-inch display. Samsung's foldable smartphone may come with Bixby 3.0.

On the big screen of the phone, three apps can be run simultaneously. Like you can watch videos on YouTube at the same time, send a message to your friend about it and also do an internet search about travel options at the same time.