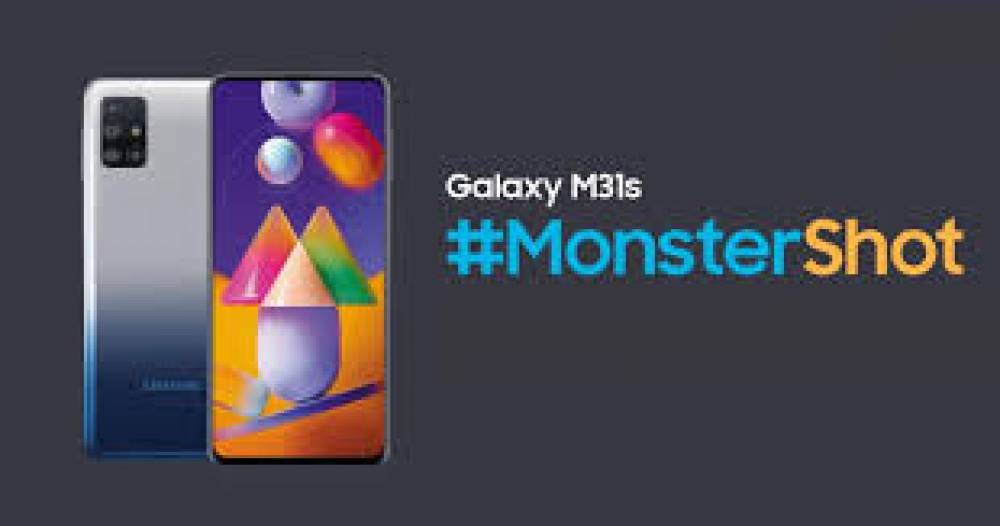 South Korean smartphone maker Samsung has launched another powerful smartphone Galaxy M31s of its Galaxy M series today. This smartphone will be made available for exclusive sales on the e-commerce website Amazon India. This is the third smartphone in the series to be launched in India this year after Galaxy M31 and Galaxy M21. Samsung's new Galaxy M31s smartphone has been launched by the company with a powerful 6,000mAh battery as well as powerful camera features. The phone will be available for sale in two color options and two storage options. The look and design of the phone are largely like the Samsung Galaxy A51.

The company launched Samsung Galaxy M31s in two storage options: 6GB RAM + 128GB and 6GB RAM + 256GB. The price of its base model is Rs 19,499, while its high-end variants are priced at Rs 21,499. The smartphone will be purchased from Samsung's online and offline stores Samsung Opera House, etc., in addition to the e-commerce website Amazon India from August 6. The phone will be available for sale with two color options Blue Mirage and Mirage Black.

The 6.5-inch Full HD Plus Infinity-O Super comes with AMOLED display panel. The phone has been given a centrally aligned punch-hole in which the selfie camera has been fitted. Corning Gorilla Glass 3 has been given for the protection of a display. The quad rear camera is set-up in the back of the phone. Talking about the phone's processor, it runs on Exynos 9611 SoC, which supports UP TO 8GB of RAM. The internal memory of the phone can be increased to 512GB through a microSD card. The phone has a triple card slot. The phone comes with dual 4GB SIM card support. It also supports features like VoLTE and WiFi Calling. Also, it has been given Dolby Atmos' support for audio enhancement. The phone comes with a powerful battery of 6,000mAh. The USB Type C charging feature in the phone is given with fast charging of 25W. The phone has a face unlock and a side-mounted fingerprint sensor for security, which has been integrated with the power button.

Talking about the phone's camera feature, it comes with a 64MP Intelli-Cam feature. This is the first device to come with this feature. The phone has a primary sensor of 64MP. In addition, the phone has an ultra-wide-angle sensor of 12MP. The phone also has a 5MP macro and a 5MP progress sensor. It has a 32MP camera for selfies. 4K videos can also be shot from the phone's selfie camera. The phone also has features such as single tech, night mode, super slow motion, slow motion, and hyper-lapse video.

Modi government issue Unlock 3 guidelines from August 1: Know what they are