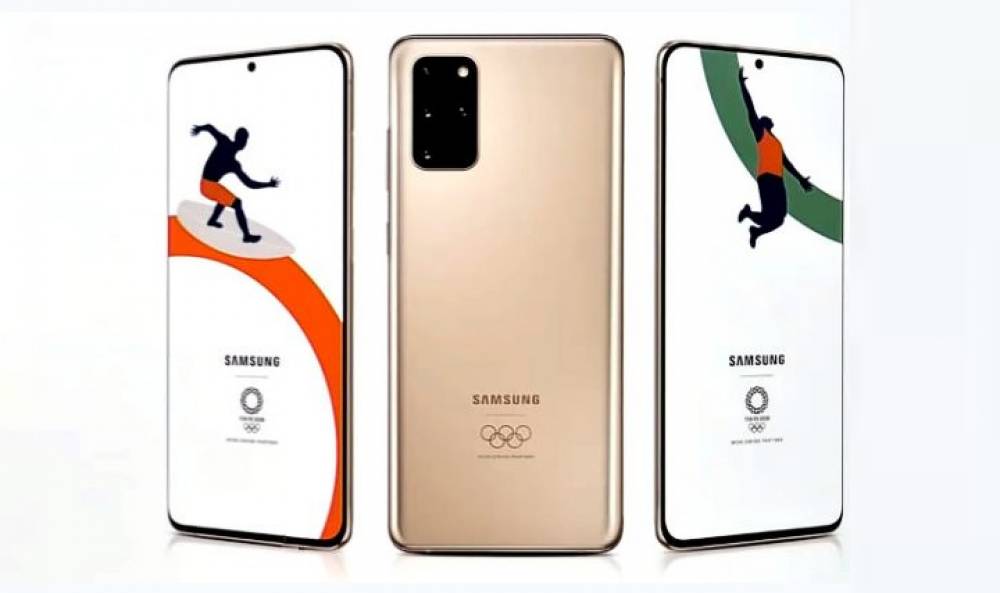 Samsung Galaxy S20+ 5G has been launched on the Olympic Edition. It has been listed on NTT Docomo, a Network provider in Japan. This is a select variant. At present, this variant is listed only on this website in Japan. Its color is listed in matte gold color. Let me tell you that this time there is also one of the sponsors of Olympic 2020, Samsung. It is believed that the Olympic edition of Samsung Galaxy S20 + 5g has been launched under this. Tokyo 2020 is also written over the phone. According to NTT Docomo's website, the pre-bookings of this pon have commenced from March 18. There is also no information about the price of the phone. It is said that the Features of Samsung Galaxy S20 + 5G and the Olympic edition of this phone will be the same. There is also no information about the features of the phone.

The 6.7-inch Infinity-O Dynamic AMOLED 2X display comes in. Its pixel resolution is 1440x3200. It has a punch-hole display. Its pixel density is 525ppi. The refresh rate of the phone is 120Hz. The phone is equipped with an octa-core processor with a 7nm-based 2.8GHz clock speed. Its processor will vary according to different markets. The phone has been given 8 GB and 12 GB (5G) RAM. It also provides storage of 128 GB, 256 GB, and 512 GB.

The phone also provides face recognition features, including ultrasonic in-display fingerprint sensors for security. The phone has been ip68 certified. Also, a battery of 4500 mah has been given. This phone is based on Android 10. It works on One UI 2.1. It has been introduced with dual hybrid SIM. With Dolby Atmos Sound Support, the phone has features such as dual-band Wi-Fi 6, Bluetooth 5, NFC, stereo speakers.

If we talk about the camera segment, it is just like the Galaxy S20. The phone has been given a triple rear camera. Its first sensor is of 12 megapixels, which is a wide-angle sensor with an aperture of f/2. 1.8. It comes with super speed dual pixel AF. The second is the 12-megapixel ultra-wide-angle lens with f/2. 2.2. The third sensor is a telephoto lens of 64 megapixels. It comes with PDAF and OIS features. Its aperture is f/2. 2.0. Talking about selfie cameras, the phone has a 10 megapixels sensor. Its aperture is f/2. 2.2.

Read also: Coronavirus Outbreak: How much India is prepared for COVID-19 infection and what is Modi's government plan: Read here