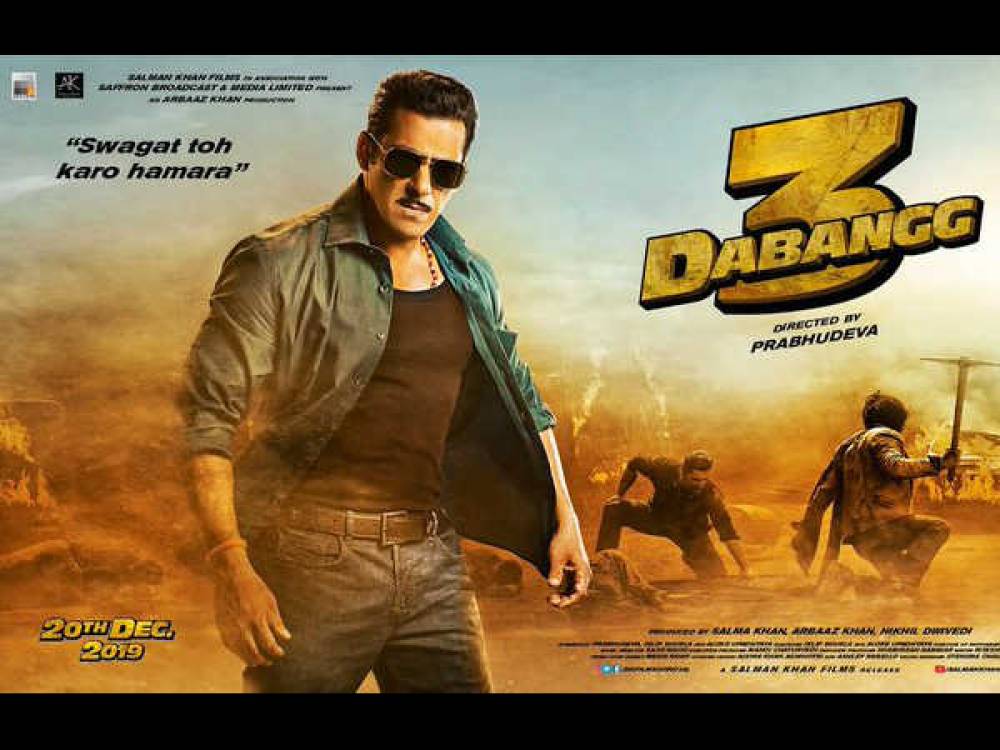 The shooting of Salman Khan's upcoming film Dabangg 3 has been completed. On Sunday night, Salman shared the information about the film's wrapup on Twitter and paid tribute to the late actor Vinod Khanna who played the role of Salman Khan's father as Prajapati Pandey in the last two parts of this movie. Khanna passed away on 27 April 2017. In the third part of the film, his brother Pramod Khanna is given the role of Prajapati Pandey.

Vinod Khanna had his 73rd birth anniversary on Sunday 6, October. Salman has shared a video on Twitter, in which he recalls Vinod Khanna saying that it is a matter of great joy that the shooting of Dabangg 3 was completed on the birthday of VK, sir (Vinod Khanna Sahab).

SalmanKhan's film Dabangg 3 has been completed, and gradually the look of all characters of the film is also coming out. Recently Dabangg 3's villain that South superstar Sudeep look has been shared by Salman Khan on his social media handle. Sudeep style and appearance exactly look like a villain. Especially the rage in his eyes elaborating his role in this film.

Salman shared this photo and wrote, "The bigger the villain, the more fun it is to fight," Balli from Dabangg 3 means Kiccha Sudeep. People are praising Sudeep's look as a villain; he also recently played the role of villain in Sai Ra Narasimha Reddy. The look of 'Chulbul Pandey' was released, which already created buzz on social media.