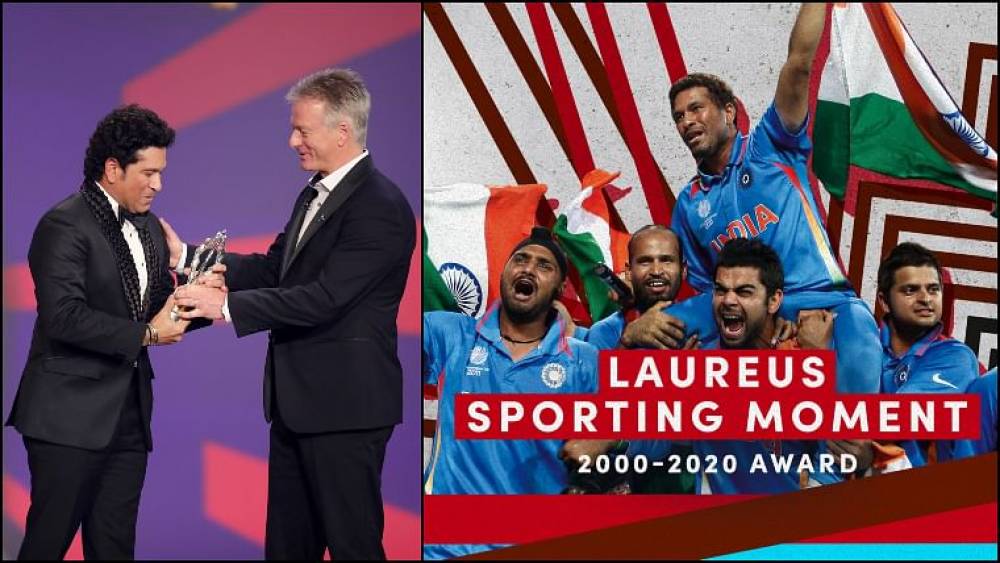 Announcement made at a ceremony held in Berlin:

The award was held in Berlin. Where Sachin Tendulkar also arrived, and his name was announced. Sachin Tendulkar posted on Instagram and informed about this. With Sachin Tendulkar, 20 more contenders were also involved to get the award. Australian skipper Steve Waugh announced the award during a spectacular ceremony on Monday. Tennis veteran Boris Becker conferred the trophy to Sachin Tendulkar. After getting the trophy, Sachin Tendulkar was asked to share the feelings of the moment with everyone. He said, My journey began in 1983. When I was 10 years old. India won the World Cup. I did not understand its importance, everyone was celebrating, so I also began to celebrate. But somewhere I knew that something special happened for the country and I wanted to experience it one day. That is where my journey started. This is the proudest moment for me. Sachin, who had followed this trophy for 22 years, but I never lost hope, I was only taking the trophy on behalf of my countrymen. Sachin Tendulkar also said about Nelson Mandela that I met him when I was 19 years old. One of his many messages important I felt was that the game has the ability to unite everyone.

Read also: Honor 9X Pro will be available in the market from 24 February: Read here Specs, features, and Camera

From where, when, and by whom these games started?: Read here