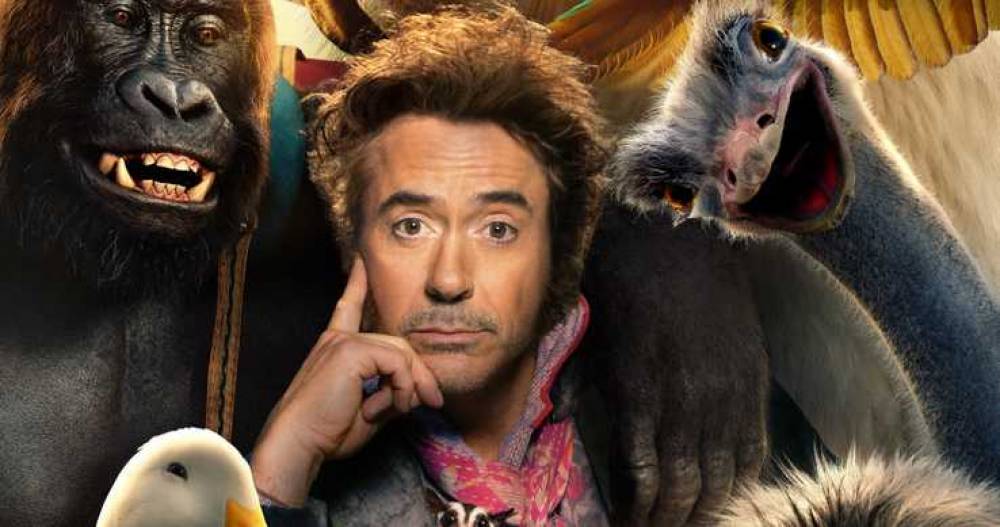 The first trailer of Robert's upcoming film has been released, and in this trailer, he can be seen in a completely different style. Everything from his hairstyle to his look seems different. In this film, he is going to play the role of a person who can understand the language of animals.

Something happened in the biggest series of Marvel series, Avengers Endgame, which the audience had never seen on this big screen. The playful and charismatic Iron Man, who settled as a superhero in crores of hearts, became a martyr.  Hollywood star Robert Downey Jr. did this role for so long that people in many countries of the world had come to know Robert by the Iron Man. Now, after the Avengers series, Robert is going to be seen on screen in a different style for the first time after a long time.

The trailer of his new film Dolittle has been, and in this, he can be seen as he is trying to come out from his superhero image. He can be seen as a person who is surrounded by various animals such as chimpanzee, giraffe, fox, polar bear, ostrich, parrot, and duck. Looking at the trailer, at once, it seems that the story will probably be about a person who can talk to animals and taking them on a fantastic sea adventure.

The film will be released at the box office on 17 January 2020. Another unique thing has come to light with the release of the poster. The name of the fil was titled The Voyage of Doctor Dolittle, but it was renamed just before the first poster was released. Now, this film will be released under the name Dolittle.

In March 2018, Robert was also told about this film that many of Hollywood's famous stars are giving their voices to animals in the movie. In which the voices of actors like Tom Holland, Selena Gomez, Kumail Nanjiani, Rami Malek, Emma Thompson, Craig Robinson, Ralph, Octavia Spencer, and WWE superstar John Cena will be heard.

This is the first film after Marvel's superhit film Avengers Endgame. Robert decided to keep himself away from Marvel Universe. He said that he does not want to be typecast. He is an actor and wants to show his acting skills through different characters. When Robert gave his last shot on the set of Endgame, the entire crew gave him a thunderous applause.