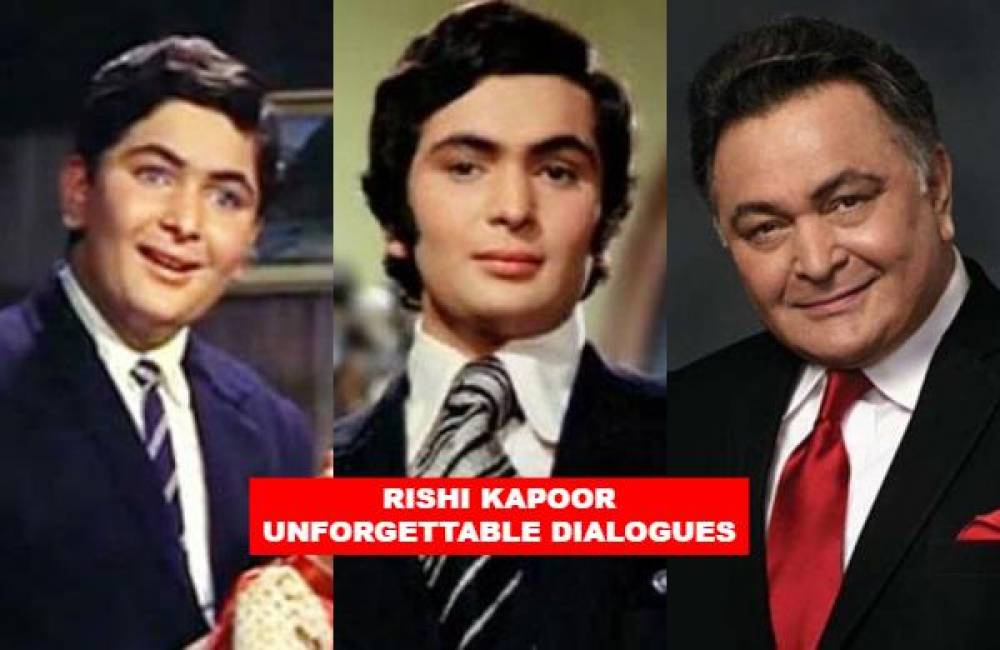 Bollywood actors Rishi Kapoor said goodbye to the world. He was admitted to H.N. Reliance Hospital in Mumbai after a sudden deterioration of health on Wednesday. Rishi, who has been fighting leukemia for the past two years, left the world at 8:45 a.m. Thursday morning. At the end of the time, his wife, Neetu Kapoor, was with him. After the demise, the family and close people are reaching the hospital for the final darshan. Many Celebes, including Alia Bhatt, are still there. According to Rishi's brother Randhir, his funeral will be held in Mumbai's Marine line.

When Rishi Kapoor was admitted, his wife Neetu Kapoor was with him. Then, once again, his car has been spotted around the hospital. However, close people like Alia Bhatt, Kareena Kapoor, and Saif Ali Khan are already present in the hospital. Rishi's daughter, Rishma, has also gone to Delhi. After the demise of Rishi Kapoor, the family is gradually reaching the hospital. Kareena Kapoor has reached the hospital with her husband, Saif Ali Khan. In addition, Ranbir Kapoor's girlfriend, Alia Bhatt, has reached the hospital. People are waiting for Ranbir Kapoor. The family is also waiting for Rishi Kapoor's daughter, Rishma Kapoor. According to reports, they have got a pass movement pass. She has gone on a journey of 1400 kilometers from Delhi.

Rishi Kapoor's funeral will be in Chandanvani. According to reports, his brother Randhir Kapoor has informed that the funeral will be held at Chandanwari Crematorium in Mumbai's Marine line. Due to lockdown, the police department has appealed to at least people to gather. However, the family is still waiting for the daughter... She is stuck in Delhi due to lockdown. An official notice of his demise has also been given on behalf of Rishi Kapoor's family. According to the official statement, Rishi Kapoor said goodbye to the world at 8:45 a.m. on Thursday. It said that Rishi Kapoor had been suffering from leukemia for the past two years. They left the world with a laugh and a laugh to the people. The statement also talks about not gathering crowds due to lockdown. People have been urged to abide by the rule which is currently in force.

On Wednesday, the actor's physics suddenly deteriorated, after which he was admitted to the hospital. He was undergoing treatment at H.N. Reliance Hospital in Mumbai. Brother Randhir Kapoor confirmed the news that Rishi Kapoor's health was not good. He breathed his last in the same hospital. Rishi Kapoor appealed to the people to stay together in his last tweet. He condemned the attack on coronavirus warriors and appealed to the people to cooperate. He said the Coronavirus war has to win together.

Let me tell you that Rishi Kapoor was born on 4th September 1952 at Chembur in Mumbai. Rishi Kapoor made his early studies at the Campian School, Mumbai. He then studied ahead of the Mayo College in Ajmer. As a child, he started his career. He appeared in the film 'Mera Naam Joker.' As the lead actor, Bobby was his first film. The film was directed by Raj Kapoor. For which he won the Filmfare Award for Best Actor in 1974. In the year 2008, Rishi Kapoor was also conferred with the Filmfare Lifetime Achievement Award.  Rishi made many spectacular films in his film career. Rishi Kapoor's father Raj Kapoor and Dada Prithviraj Kapoor were also active in this world of art. Rishi's Bate Ranbir Kapoor is currently active in Bollywood. He explained every aspect of his life. About Dawood's love for his wife and the awards show.

BSNL planning to provide Free Internet Access: Read here all about it in detail