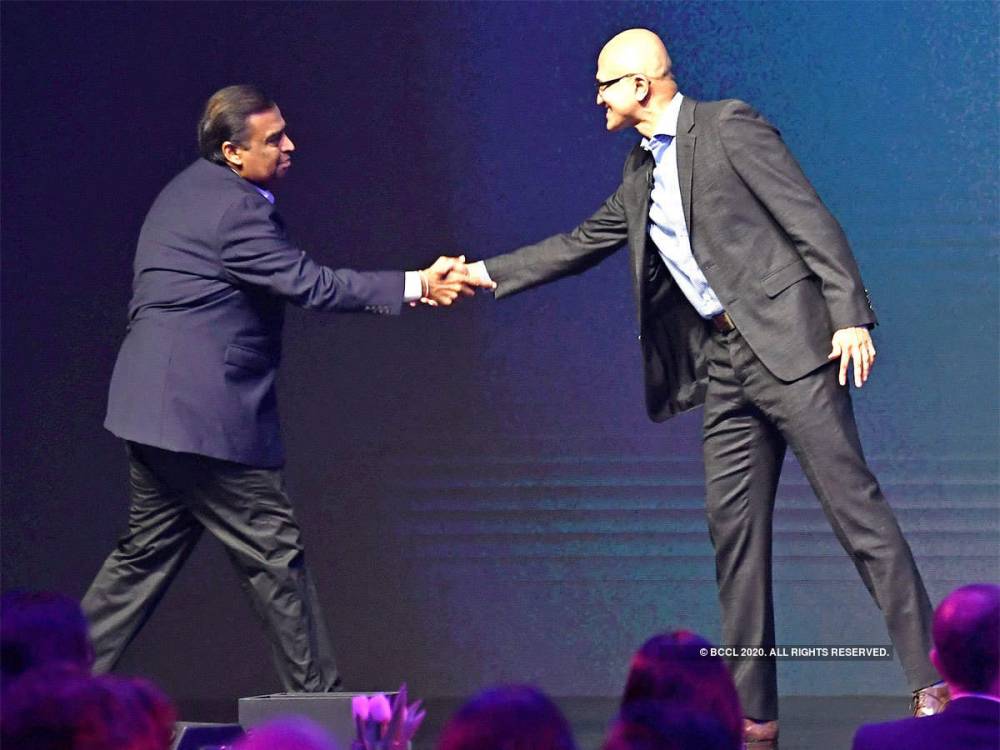 Soon Microsoft Corporation company may buy a 2.5% stake in RIL's digital arm Jio Platforms Ltd. To buy this stake, the Microsoft company can invest about Rs. 15, 000 crore in Jio platform. However, Microsoft and Reliance Company are already interconnected with each other due to work, and now talks are going on between the two companies over the deal. As soon as the deal is finalized, the company will announce the information.

Remind you in the month of February this year, Microsoft CEO Satya Narela announced a partnership with Reliance Company's Jio business. After this partnership, Reliance Jio proposes to set up data centers across India. Microsoft's services will help to install them.

Microsoft is talking to several companies to invest in the digital payment service sector. Talking about Reliance, Microsoft may buy a 2.5 percent stake in Jio platforms. If this deal is between the two companies, Microsoft, the world's most valuable company, will also get a stake in the Jio Platform. In the last one month, Jio platforms have already received an investment of $10 billion. The second formula said that Microsoft wants to invest in Jio platforms, but it is not yet decided how it will invest in the condition of not expressing the name.

The company has so far received an investment of Rs 78,562 crore:

What is Jio Platform:

For information, Reliance's Jio platform is a digital part of Reliance Industries, a subsidiary. All digital businesses of RIL Group come under the Jio platform. This includes Reliance Jio Infocomm Limited, Jio apps, etc. Mukesh Ambani has sold a 13.46% stake in Reliance Jio through its Jio platform in the last 10 days.

What was the reason behind the controversy of India-Nepal Border Dispute: Know Here All About it

Indian Users Data For Sale Through Truecaller App on Dark Web: Know Here All About It