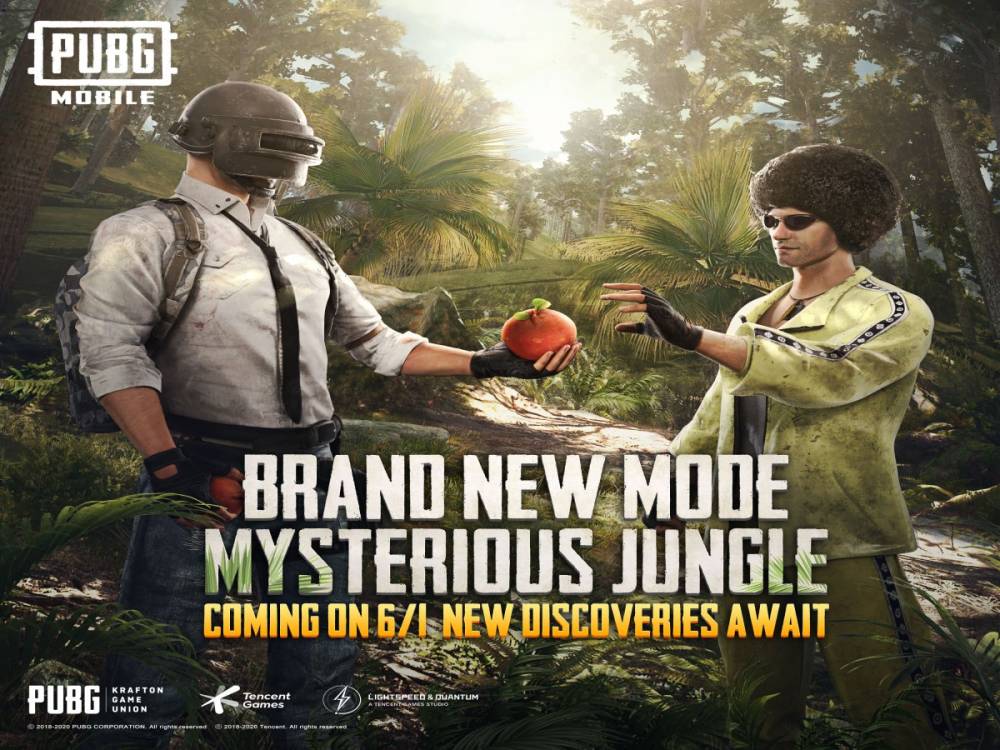 PUBG Mobile is going to roll out the new Sanhok Mysterious Jungle game-play mode for its players from June 1. The company has announced about it from its official Twitter handle. This game-play mode has been rolled out before PUBG Mobile Season 13. Earlier update 0.18.0 with the new Miramar Map was also rolled out. Players will now have the chance to play the new Jungle Mode on this map. This new model has been teased by the company in the name of Mysterious Jungle Mode. In the promo image that has been tease about this mode, two players are being seen looking at the Sanhok map. The new teaser is also giving a hint that the new mode will also be available on the Exclusive Sanhok map.

In the last days, PUBG Mobile had a promo video of Royale Pass Season 13 on May 15. Jungle Adventure Mode was also teased in this promo video. With this new mode, players can be given hot air balloon, with the help of which players will be able to survey the battlefield. Also, it can bring totems that can supply players with in-game spacing. With an update 0.18.0 rolled out in the past for PUBG Mobile, players have had the opportunity to play in Miramar map. It also has a variety of landscapes, housing areas, roads, and resources, as well as a dust storm experience. With this update, cheer Park has also been found, which is a social area inside the game where 20 players can interact together in real-time.

Talking about the features of the new Mad Miramar map that comes with a 0.18.0 update rolled out in the past, the northern part of this map has an Oasis. Also on the north-western edge of the map are urban ruins. This map also has a new race track that runs throughout the map. With this update, players also get the Golden Mirado vehicle, which is available with a spawn. With this, vending machines, Sandstrom effects, new types of equipment, and rewards are also provided. In the new Mysterious Jungle Mode, players can see some exciting game-play.

Read also: Locust Swarm Attack In India: From Where They Came, How Much Damage They Can Do And Affected States

Major rule changes from June 1 in Lockdown: How is it going to affect you?