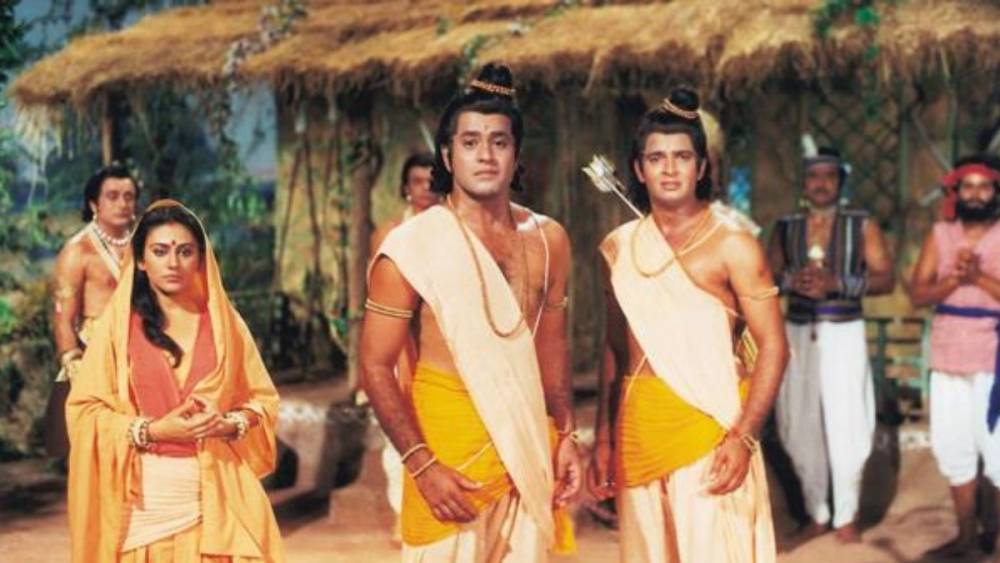 There has been big news for the audience who like the Ramanand Sagar's Ramayana. The telecast of 'Ramayana' will resume on Doordarshan's national channel from Saturday 28th March on public demand. The first episode will be at 9.00 am and the second episode at 9.00 pm. Union Minister Prakash Javadekar himself has given this information on social media. Let's say that for the past few days, there was a demand to re-telecast the Ramayana of Ramanand Sagar and BR Chopra's Mahabharata on social media. While meeting the demand of all of them, the Ramayana has been resumed at present.

Let me tell you that the Ramayana of Ramanand Sagar was telecast on Doordarshan for the first time in the year 1987. Baldev Raj Chopra's Mahabharata was also telecast on Doordarshan for the first time in 1988 years. People used to watch Ramayana and Mahabharta so interestingly that there was a complete silence on the streets. At the time of the telecast of these religious programs, the atmosphere of the roads was like a curfew. In 1987-88, the Ramayana and the Mahabharata were seen with great gusto. It is said that in that era, from the office to the leader, did not like to raise anyone's phone. When the Ramayana with 78 episodes was telecast, there was a curfew-like silence in the streets and streets of the country. At the time of the telecasting of Ramayana in all the cities and villages of India, people used to burn incense sticks. The slippers were unloaded outside the room.

It is noteworthy that Lord Rama's character in the Ramayana was played by Arun Govil. Deepika Chikhalia, who plays Sita's character, is still remembered as Sita. At the same time, Dara Singh played Hanuman's role. While playing Ravan's role, Arvind Trivedi had great popularity.