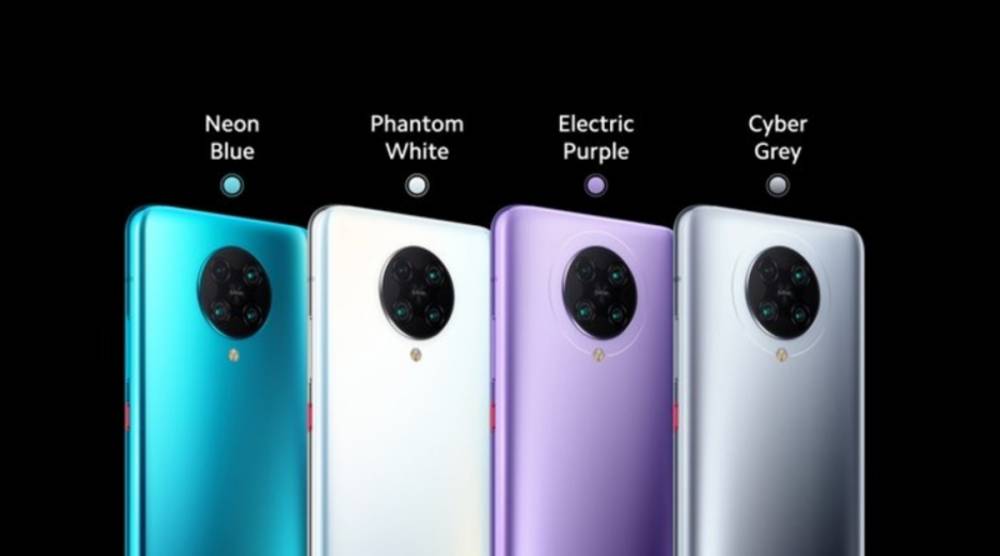 The base variants of the Poco F2 Pro are priced at 6GB RAM, and 128GB storage at 499 Euros (approx. INR 40,752) and the 8GB RAM and 256GB storage model have been unloaded in 599 Euros. The phone has been launched in neon blue, Fenton White, electric purple, and cyber grey options.

The Poco F2 Pro flaunts a 6.67-inch Full HD+ Super AMOLED display with a resolution of 2400 x 1080 pixels. The aspect ratio of the screen is 20:9 and is given the protection of Gorilla Glass 5. The back of the phone has an aluminum chassis and a measurement of 8.9mm. The phone is powered by Qualcomm Snapdragon 865 chipset, which is an octa-core CPU and is paired with Adreno 650 GPU. It is paired with 8GB LPDDR5 RAM and UFS 3.1 storage. The phone works on Poco Launcher 2.0 based on Android 10 and has new features like dark mode, repaid app drawer.

The Poco F2 Pro comes with a quad-camera setup with a 64MP primary camera, a 5MP telephoto lens, a 13MP ultra-wide camera, and a 2MP depth sensor. The phone's camera has a dual-LED flash and has come with an image stabilization system. The rear camera can do 4K UHD recording at 8K and 60fps at 30fps. The phone is getting a 20MP pop-up camera on the front. The device came with WiFi 6 modem and Hi-res audio playback. The device has an in-screen fingerprint sensor for fast unlock. The F2 Pro is getting a 4,700mAh battery that supports 30W fast charging. Omi claims that it can charge from 0 to 100 percent in 63 minutes.

Highlights of Nirmala Sitharaman's Speech: Whom and how will the second phase of economy package benefit?