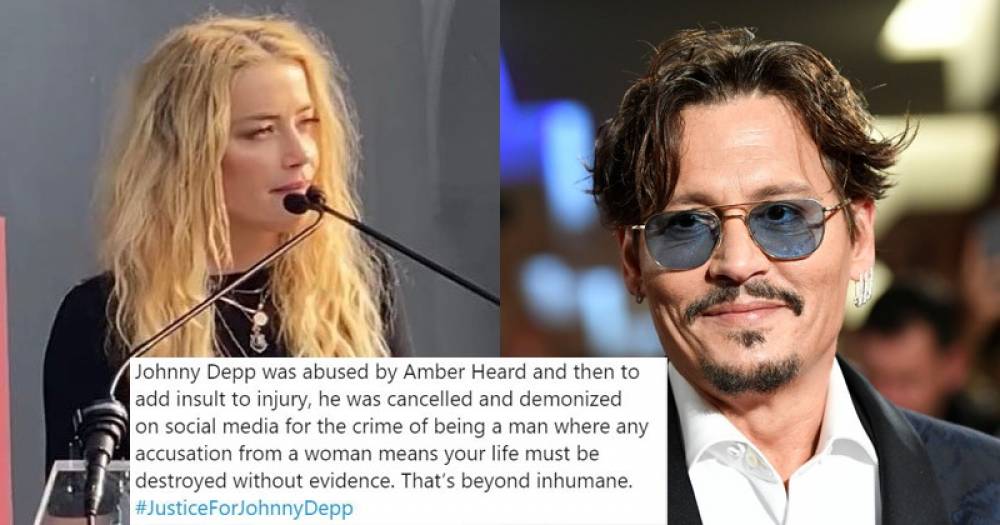 The relationship between the 'Pirates of the Caribbean' star Johnny Depp and his wife Amber Heard has undoubtedly ended, but the battle between the two is still continuing. In the year 2016, Amber broke the marriage by accusing Johnny Depp of beating him. Now the Daily Mail has revealed a perplexing about Amber Heard and Johnny Depp's relationship through an audiotape. According to the audio clip, Amber admitted that she had beaten Johnny.

In this tape, Amber is saying to Johnny, 'Forgive me that I didn't slap you right in the face, but I was hitting you. I was not punching you. I don't know where my hand was going, but you're fine. I did not harm you, I did not punch, I was just beating you.' Amber Heard, in an interview with the Washington Post in December 2018, told Johnny Depp that he assaulted her. Johnny Depp then accused his ex-wife Amber Heard of hitting him. Johnny Depp had filed a lawsuit of 50 million dollars on his ex-wife Amber Heard for breaking his middle of the right hand by throwing a bottle of wine.

In the year 2016, the court ordered Johnny Depp to stay away from his wife Amber Heard. Heard alleged Depp that during the entire relationship, Johnny had abused and assaulted her. She also said that the Depp consumes a lot of things like alcohol and drugs, and therefore, she is scared of his anger. In the year 2011, Depp and Heard met on the set of a film (The Rum Diary), and at that time, he was in a relationship with a French actress, who was already the mother of two children. In the year 2015, Depp and Heard had been married to a lot of fanfare and were divorced in the year 2017.