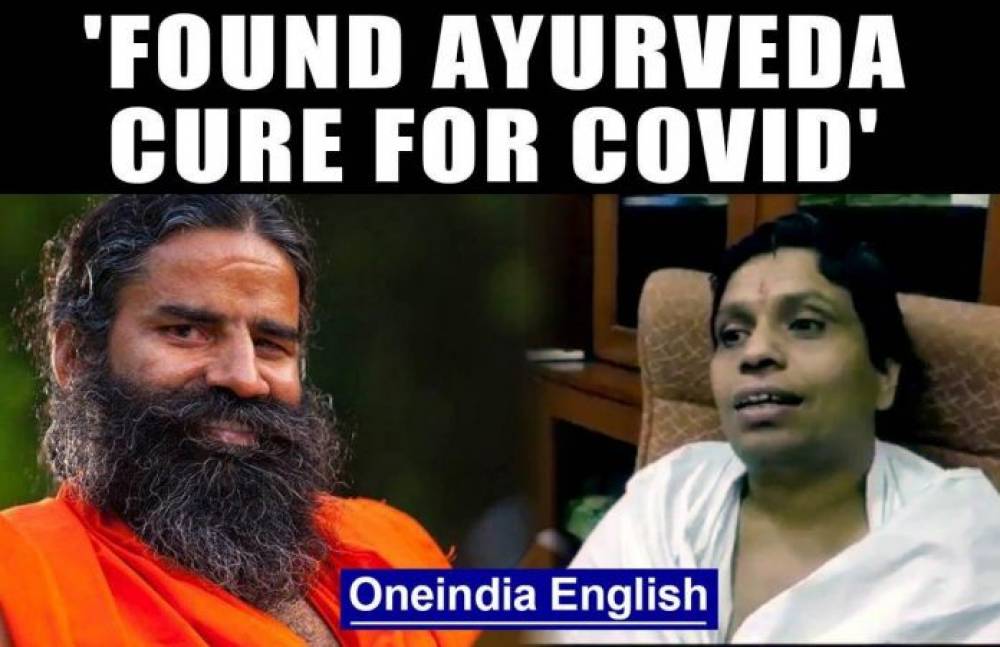 Patanjali CEO Acharya Balkrishna has claimed that coronavirus infection can be completely cured by Ayurvedic medicine. He said that a team of scientists working on behalf of the company has worked day and night to find a compound that can compete with the deadly corona. The trial of the drug has been completed in the first phase, with a result of 100% of the drug. He also informed that hundreds of patients have been cured of taking this drug and will keep the full details in front of the world with data in the next three to four days.

Acharya Balkrishna claimed that a particular mixture of Ayurveda medicines is not only possible to treat 100 percent of corona infections but also to protect it from mixing infections. He said that this success has been achieved after five months of research at Patanjali Research Institute and several rounds of successful testing on rats. The clinical case study required for this has been completed, while the clinical control trial is in its final stages. As soon as the data is available, the final analysis will be unloaded in the drug market.

Balkrishna claimed that the patients infected with corona have been cured in five to 14 days through his medicine. He said, "when the corona started spreading, we had put a team of scientists to study. Our scientists took day and night to identify herbs to fight the deadly corona and heal those who were reeling. These compounds were tested after the sampling. These drugs were given to hundreds of corona positive patients with a result of 100%."

All patients recovered in just 14 days:

Acharya Balkrishna further said that 70 to 80% of the patients who were given the same medicines were cured in just five to six days. The remaining patients were cured in a maximum of 14 days of taking the drug. The screening of these patients has been found to be corona negative. Not only that, the serious patients who were given this medicine were also cured. Even serious problems like cough, fever, shortness of breath were also removed. He said that the solution of the corona is 100% possible from Ayurveda.

Acharya Balkrishna said that the RBD of Ashwagandha Covid-19 does not allow the ace of the human body to meet. This does not allow the Covid-19 virus to enter the healthy cells of the infected human body. Giloy also works like Ashwagandha. This prevents infection. The Tulsi compound not only stops the rate of increase in its coefficient by attacking the RNA-polyp patients of Covid-19 but also eliminates its continuous intake. The respiratory juice reduces the formation of thick mucus and reduces the inflammation of the lungs by eliminating the formed mucus. Similarly, molecules can use oil as a water drop.

These are the components of the drug:

Balkrishna said that the main components of the drug will be Ashwagandha, Giloy, Tulsi, and Shrevesari juice and molecule oil. The mixture and ratio have been decided as per research. He claimed that all these medicines are authentic to all major institutions, journals, etc., nationally and internationally based on their use, treatment, and impact. It has even been published in the US Biomedicine Pharmacotherapy International General. Patanjali's claim was made when scientists around the world have been doing one day and night to find corona medicine. If the claim of Patanjali is really found to be correct, it will be considered a great achievement.

Read also: What is Zinc? and why it is important for health: Zinc foods that increase body immunity

World Blood Donor Day 2020: Know how you can donate and whom