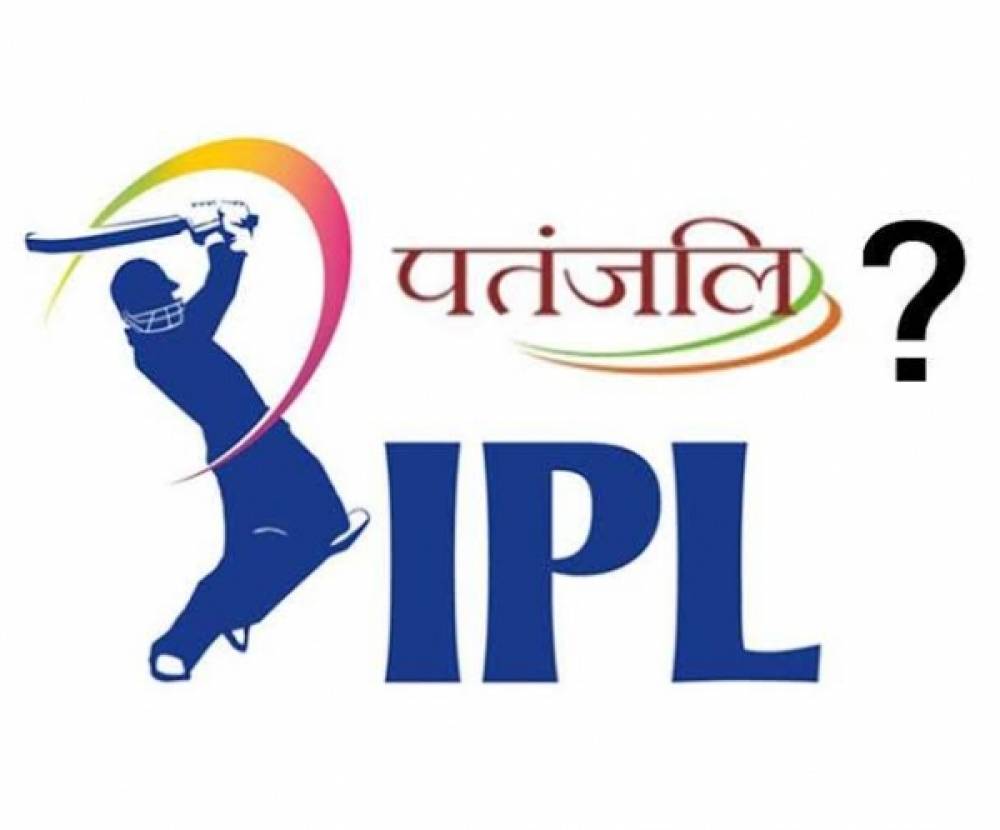 The Board of Control for Cricket in India (BCCI) had sponsored Chinese mobile company Vivo for the Indian Premier League (IPL) amid a boycott of Chinese products in India. There were controversies about this. BCCI has scrapped the title sponsor's deal for IPL's 2020 season with Chinese company Vivo. But now the question arises, which company will replace the Vivo company? So, this year, Baba Ramdev's company 'Patanjali' has been named for the title sponsor of IPL.

"We are considering the title sponsorship of IPL for this year, as we want to give Patanjali brand a global platform," says Patanjali spokesperson SK Tijarwala. "In this case, people believe that BCCI used to take the amount of money from Vivo as a title sponsor every year. Now, if Patanjali or a company in India comes instead, hardly that amount should be paid.

"Vivo's exit as the title sponsor for the 13th edition of the Indian Premier League (IPL) should not be seen as a financial crisis," says BCCI president Sourav Ganguly. Should always be prepared for such decisions and keep your other options open."

The tournament will be played in UAE from September 19 to November 10. The evening matches will begin at 7:30 pm, half an hour before normal. The tournament will allow unlimited Covid-19 replacement, i.e., replacement, considering the world's fragile healthcare situation. BCCI told news agency ANI that the tournament will be held for 51 days as per the revised schedule. As per rules, IPL should be in 49 days. According to sources, it has been decided in the meeting that help from the Supreme Court will be taken for the IPL operations case for 51 days. According to the information, the matches will be played in Abu Dhabi, Dubai, and Sharjah as it is easy to travel by road and also effective in maintaining a bio-safe environment.

If you liked this story, you must share it. Stay connected to read other similar news and sports articles from 9scroob.

Read also: Why does the sun red appear and the sky is blue? Know the reason behind it

Most beautiful and fantastic train routes in the world