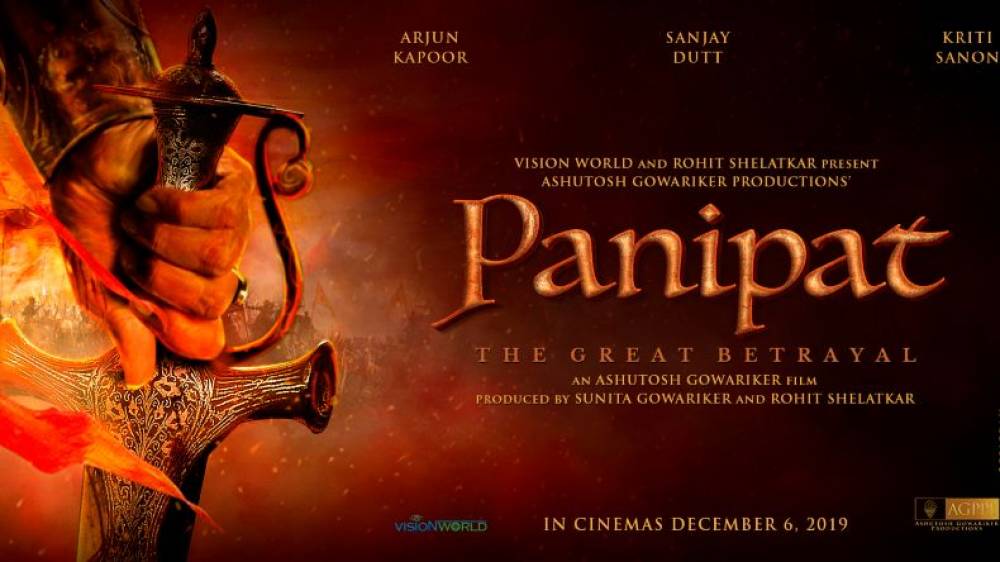 Bollywood veteran director Ashutosh Gowarikar is going to screen the third war of Panipat. The trailer of Panipat film has been launched recently. The trailer for the film is tremendous and full of action. The audience looked very excited about the trailer and are applauding. While Arjun Kapoor looks like a heroic warrior, Kriti Senon is also seen in the incarnation of a Virangana.

Actor Arjun Kapoor and Sanjay Dutt are in the lead role in this film. This is the first time that the two stars have come together on screen. The two are co-starred with actress Kriti Senon. Arjun Kapoor will play the role of Maratha warrior Sadashiva Rao Bhau in this film, which will be released on December 6, 2019, while Sanjay Dutt will play the role of King Ahmed Shah Abdali of the Durrani dynasty of Afghanistan. Ahmed Shah Abdali defeated the Marathas at the battle of Panipat.

The trailer begins with the voice of Kriti Senon saying, " Maratha warriors of India for whom their religion and karma is their heroism." The film will feature Arjun Kapoor as Sadashiva Rao Bhau, nephew of Peshwa Bajirao, and commander chief of the Maratha Army. On the other hand, Kriti Senon will appear in the role of Arjun Kappos's wife Parvati Bai. The trailer shows a good chemistry between Arjun and Kriti.

The film is based on the third battle of Panipat, which took place on January 14, 1761, in Panipat between the Marathas and Sultan Ahmed Shah Abdali of Afganistan. Panipat's battles are of great importance in Indian history. The student of history knows how defeats and victories in these battles influenced the society and state of that era. Battle of Panipat is very famous in Indian history, and now it is coming on the screen of the Hindi cinema for the first time.

Of course, Panipat's trailer is powerful. Dialogues, act, action, and direction are very perilous. It was made by Ashutosh Gowarikar, director of films like Lagaan, Swadesh, and Jodha Akbar. The look of the stars and the set of the film are quite impressive. The film's trailer reminds us, of films like Sanjay Leela Bhansali's Padmavat and Bajirao Mastani. Looking at the trailer, it is no doubt that it has beaten Padmavat and Bajirao Mastani. But Arjun Kapoor looks weak in his character against Sanjay Dutt. The film is being prepared for a lot of ringing. Arjun Kapoor is very excited about the film. He said that he wanted to be part of the period drama and with this movie his dream fulfilled.