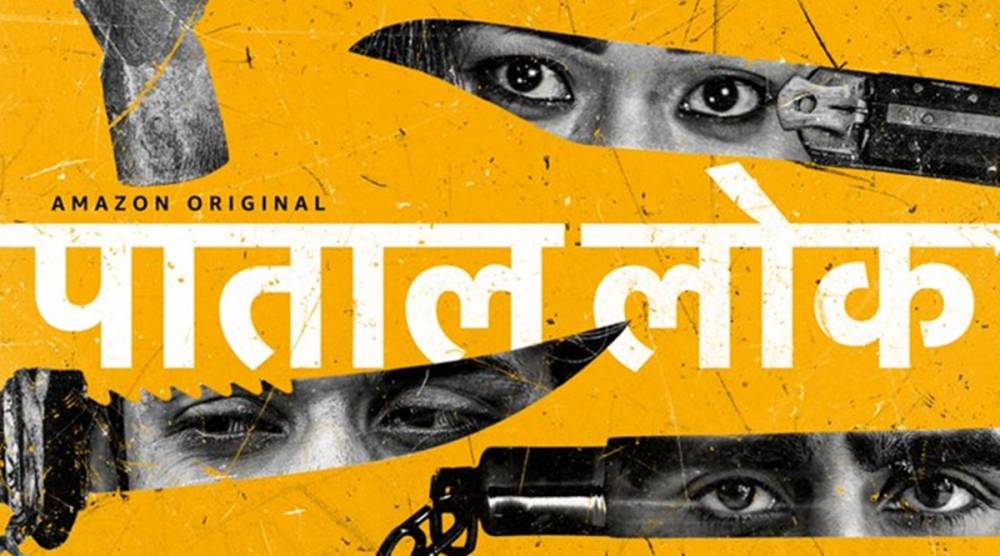 The web series has not been as special as this year yet. There was no web series that set the trend like 'Sacred Games' or 'Mirzapur' among Hindi viewers. But now the audience may have found something like that. There is an unmatched thriller with tremendous crime, which has also been served on the realistic plate. Everything is happening around you. Amazon Prime Video's web series 'Paatal Lok' had started making its buzz since the trailer. Anushka Sharma's production is with Sudip Sharma's direction. There is a hard work of actors like Neeraj Kabi, Jaideep Ahlawat, Abhishek Banerjee, and Gul Panag. Let's know how we got this web series of Amazon Prime Video...

The story is about a policeman. The name is Hathiram Chaudhary (Jaideep Ahlawat). There is a posting at the outer Jamunpar police station in Delhi. According to the WhatsApp University of Hathiram, there are three folk in the world. Swarg Lok folk-where older people live. Dharti Lok folk-where he lives. Paatal Lok where there is his posting. There is a bridge in the Hathiram area. Four criminal arrests are on this bridge in the special operation of Delhi police. They are accused of plotting to assassinate media tycoon Sanjeev Mehra (Neeraj Kabi). Sanjeev Mehra is a famous TV journalist. A hero of his time and zero in today's TRP. This case is entrusted to elephant Ram. There are many aspects in the case which the elephant Ram has to be sorted out. Hathiram has to tell not only the police department but also his family to understand that he is a hero. Will he be able to solve the case? To find out, you have to watch this series.

The list of topics that make web series unique is long, so the matter should be understood systematically.

1. Sudip Sharma has proved himself in the direction case. Sudip has already written films like 'NH 10' and 'Udta Punjab.' They have kept the web series very simple. The episode swells up so that you are so in your possession that you constantly enter the 'Paatal Lok.' Sudip has made an equal grip on local language, location, and color. You will hear Punjabi in the scene of Punjab. English in the High Society of New Delhi, Bundelakandi in Chitrakoot in Uttar Pradesh. You will never feel that the matter is shifting.

2. The direction has been a tremendous use of acting. In the first part of the 'Gang of Wasseypur, Jaideep Ahlawat, who played the role of Shahid, has been seen in color. The expressions on the face have landed like water. A troubled policeman who is fighting the home society and office in all three places. The joy, sorrow, and anxiety of the policeman have been put on his face by Jaideep. Jaideep's fellow policeman Ishwak Singh also fully cooperates in the matter of acting. Neeraj Kabi looks at the role of a professional journalist. In Netflix's 'Taj Mahal, Neeraj looks perfect everywhere from Urdu to Sanjeev Mehra's Fertadar English. Abhishek Banerjee, who played the role of Hammer Tyagi, has not spoken in the mouth. But their eyes do everything. Gul Panag is straightforward to play the character of a family woman.

3. The story is the life of this web series. He tries to cover up the reductions in today's India. The most important thing is that thriller and suspense remain intact till the last rod. The series takes a twist in every episode, but you can never be predictable. As it is written in the Puranas, I have read on WhatsApp. Sudip Sharma, Gunjit Chopra, Sagar Haveli, and Hardik Mehta have done an excellent job together.

4. The technical side of the series is strong. Most of the shootings have been made on real folklore. If not, you don't realize it. From drones to close shots, every angle of the camera is seen by you. The total technique makes it simply easier to watch. In particular, the filming of a violent scene is worth praising.

Where the lack remained:

Paatal Lok is politically sensitive. The difference between such cases is thread-filled. Some people may object to some of the scenes. Violence and abuse are very high. They have also been used in Sacred Games and Mirzapur. But in these cases, the extreme could have been avoided. The end of the web series disappoints lightly. It can be coined in a better way. Perhaps the author should have thought about it.

It makes you travel from the Paatal Lok to heaven if you remove some of the things from the web series. The thrill is at its peak when watching the series. After a long time, the Hindi web series has brought some of the best in the crime series. Perhaps the second season of Paatal Lok with Mirzapur for Amazon Prime Video is now the president's question. People are going to compare it to Netflix's 'Sacred Games.'

Instagram rolled out a new feature: Now users will be able to Delete Bulk negative Comments

Highlights of Nirmala Sitharaman's Speech: Whom and how will the second phase of economy package benefit?