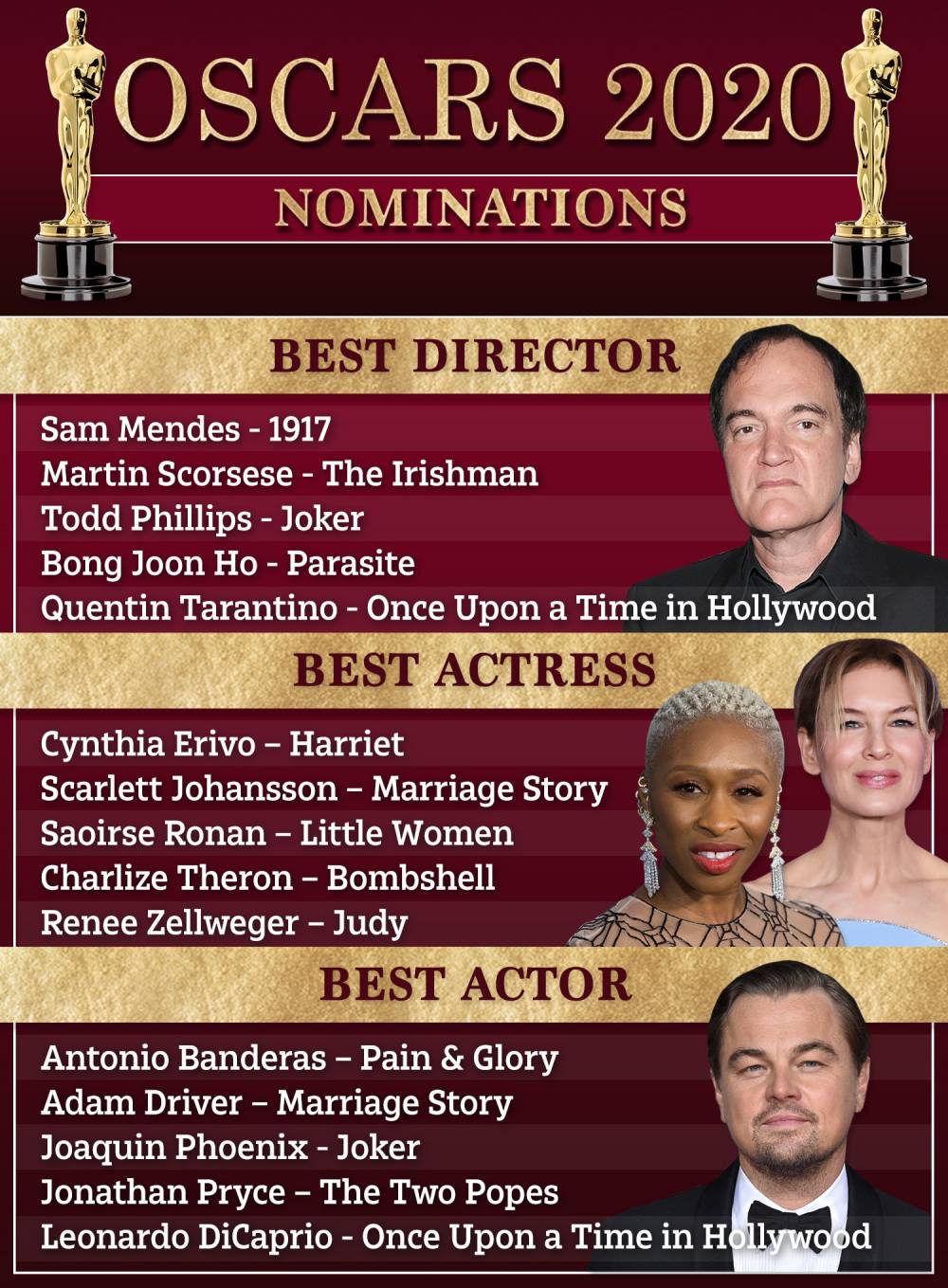 The Academy of Motion Picture Arts and Sciences, an institution organizing the Oscar award ceremony, has released a list of nominations for 2020. This time, Once Upon a Time in Hollywood, Joker, and The Irishman has been in the nominations of the prestigious award ceremony around the world. The three films have received nomination in different categories. Once Upon a Time in Hollywood, it is the first time to win the award for Brad Pitt. He has got the nomination for the best supporting actor category. This is the 92nd Academy Award and will be announced on 10th February as per Indian time. A total of 32 animated films applied for the best-animated feature category at the Oscars 2020. Out of these, a total of five films have been identified for Oscar nomenclature. 32 animated films also including Disney's toy story 4 and Frozen 2.

In 2019, the superhero film Avengers Endgame, which created a history of earning worldwide, has only got a noise in the visual effects category. This time many Hollywood veteran actors have been nominated for the award in different categories of academy awards. Antonio Banderas, Leonardo DiCaprio, Adam Driver, and Joaquin Phoenix are nominated in the best actors category. Tom Hanks, Anthony Hopkins, Al Pacino, Joe Pesky, and Brat Pitt are in the supporting actor's category. It is noteworthy that the 92 Academy Award ceremony is also going to be host-free. The Oscar ceremony will be telecast on ABC under a long-term agreement with the Academy of Motion Picture Arts and Sciences (AMPAS). India's famous chef Vikas Khanna's first film 'The Last Color' has made a place in the list of feature films of oscar award. Actress Nina Gupta has played the leading role in the movie. The film is based on the lives of widows living in Vrindavan and Varanasi.