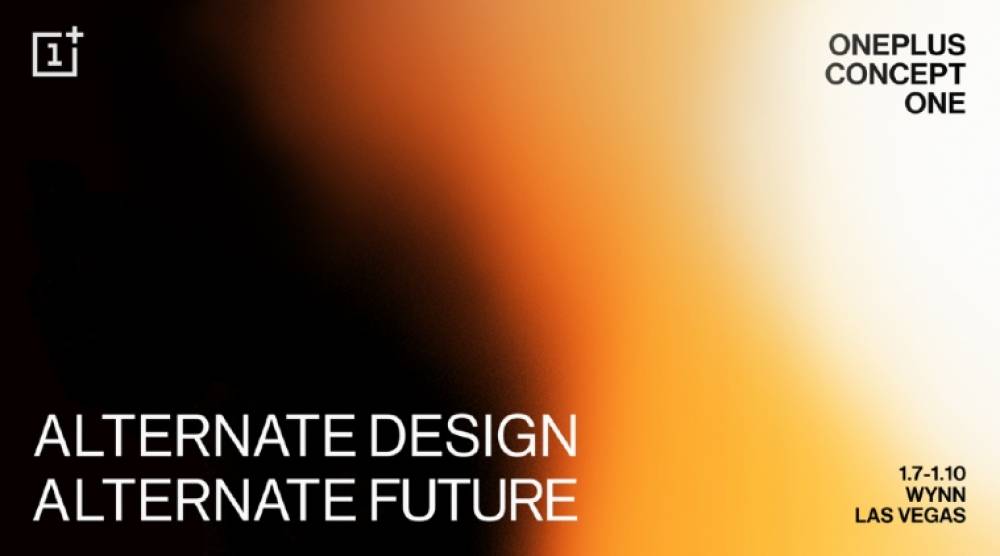 OnePlus is all set to make its first presentation at CES (Consumer Electronics Show), which takes place each year in Las Vegas. The Chinese company today declared that it is working to showcase the OnePlus concept one phone in this mega event. CES 2020 will be like every year in Las Vegas, and OnePlus will launch its latest phone between January 7 to January 10. In addition to declaring the name of the concept phone, OnePlus haven't revealed anything about the device, including its design or form factor. There are two taglines, which are alternate designs and alternate futures, indicating that the OnePlus concept one phone is going to have a unique design maybe like the Samsung Galaxy Fold. It also seems that OnePlus will have many concept phones in the forthcoming years.

OnePlus has always been far away from leading tech shows like CES or MWC or even IFA. But this year, the company is going to strive in the CES 2020 tech show with several other smartphone brands. On account of OnePlus, the OnePlus concept one smartphone will be the brand's step in the future. Let me remind you that Samsung introduced the Galaxy Fold at the tech show of CES 2019.

OnePlus never experimented with the design of the smartphone as the company remained on its strategy of delivering affordable flagship smartphones every year to its users. OnePlus competitor Brands like Oppo and Vivo are also going to show multiple concept phones. For example, Vivo launched the button-less Vivo Nexus smartphone last year, and Oppo recently revealed an in-display front-facing camera smartphone. Since OnePlus is owned by the same BBK Electronics, which also owns Oppo and Vivo, it's jumping into concept phone strategy so they can show the world on what technology they are actually working on.

As per the information of OnePlus Concept One, they don't have anything for this. In fact, this announcement from OnePlus was surprising to many people and even different from other companies. The company may be protecting up its upcoming project to avoid leaks on social media. We are hoping that the OnePlus concept one handset will be unique from its previous designs like under-display camera or something new. More information about the OnePlus concept is expected to be online in the upcoming weeks.