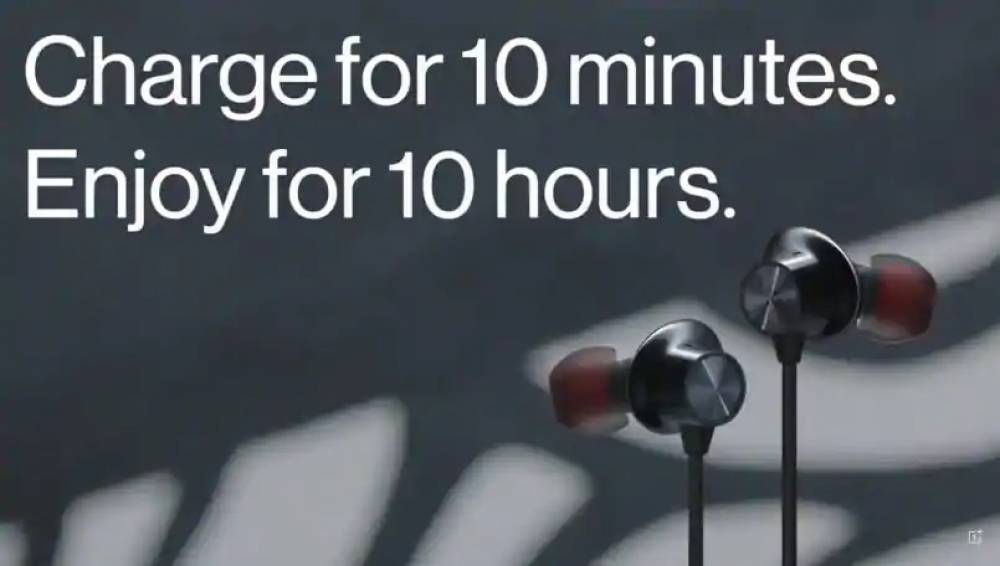 OnePlus Bullets Wireless Z has been launched with OnePlus 8 PRO and OnePlus 8 smartphones. Wireless headphones are more affordable than the OnePlus Bullets Wireless Z, and their most prominent attraction is the War Charge feature providing up to 10 hours of music playback with a 10-minute charge. Once full charge gives it a 20-hour battery life. OnePlus has been using features such as magnetic control, quick pair, and a quick switch from previous generations of its wireless headphones.

The OnePlus Bullets Wireless Z is priced at $49.95 (approximately Rs 3,800), which is much lower than the OnePlus Bullets Wireless 2, which was launched in the US for $99 and Rs. It costs around Rs 5,990 in India. While availability was not specified by OnePlus in the US, it is only written here that Coming Soon. We can expect them to be released in the UK on April 21 and in the US on April 29 with the OnePlus 8 Pro and OnePlus 8. India's pricing and availability have not yet been announced, but they are expected to arrive in India later this month.

As we mentioned, onePlus Bullets Wireless Z comes with features like OnePlus Bullets Wireless 2, such as magnetic controls to prevent and start music from joining and separating earbuds. Quick Pair has made its way to easily switch between two devices, for faster pairing with devices, and also for quick switches. These will be available in black, blue, mint, and oat color variants.

The company says that OnePlus Bullets Wireless Z has an IP55 rating for sweat and water resistance. They also have a 9.2mm dynamic driver in addition to Super Bass Tones. There is a low latency mode on wireless headphones, where latency is reduced to 110ms. They weigh 28 grams and are said to have a better wireless range of 10 meters. In terms of connectivity, these feature Bluetooth v5.0 and charge using USB Type-C port. In addition, it comes with three silicone earbuds.

Read also: Is it safe to order food online in this coronavirus outbreak

What is the Rapid Antibody test? How it work against coronavirus