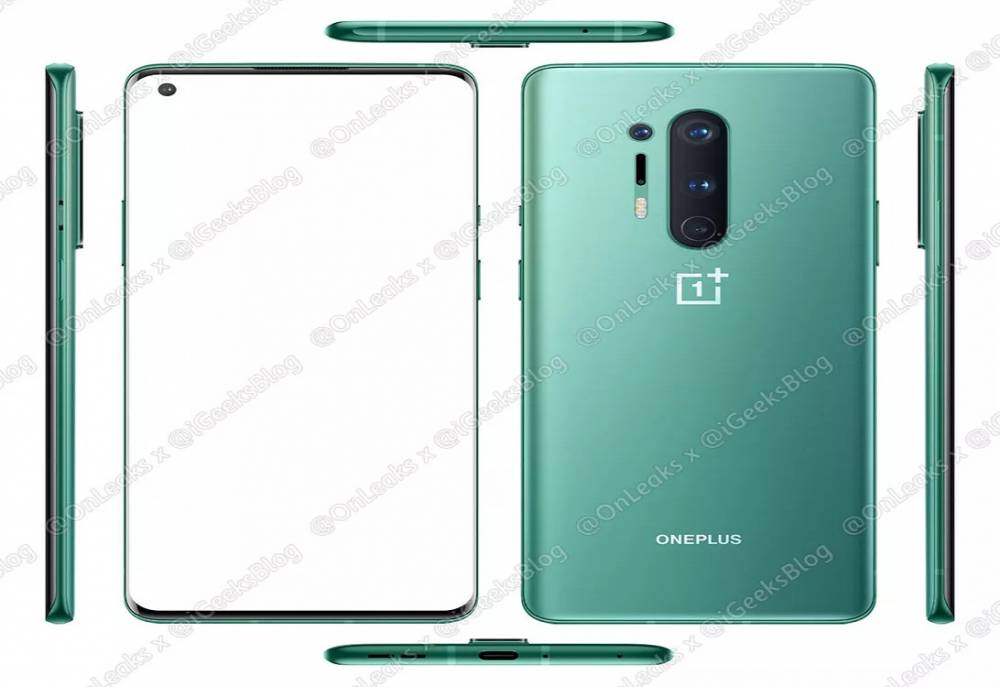 OnePlus users are eagerly awaiting the company's upcoming OnePlus 8 series. This series can see many unique features as compared to earlier. According to reports so far, three smartphones will be launched under the OnePlus 8 series. Out of which, many leaks and teasers have surfaced so far on the OnePlus 8 Pro. The official image of this smartphone has now been leaked in which it can be seen in mint color variants, and with this color, the company will launch a smartphone for the first time. However, no official information has been given on behalf of the company at present.

Igeeksblog's report on Twitter has shared the image of OnePlus 8 Pro and claims it is the official image of this smartphone. This image shows the mint color variants of the OnePlus 8 Pro. Quad rear camera setup can be seen in the back panel of the phone. With which LED flash is also present. The phone's side panel has a volume and power button.

The phone can be given a 4,510mAh battery for power backup. Which will support 30W wireless charging support. The Quad rear camera setup will be available in the OnePlus 8 Pro for photography. The phone will have two 48MP sensors. While the third 8MP and fourth 5MP sensors will be given. It can be given a 16MP front camera for selfies.

Read also: Coronavirus Outbreak: What is 'FlattenTheCurve' and Social Distancing? And will it helpful against COVID-19

Prakash Javadekar announced on Public demand, Ramayana will air on Doordarshan from tomorrow