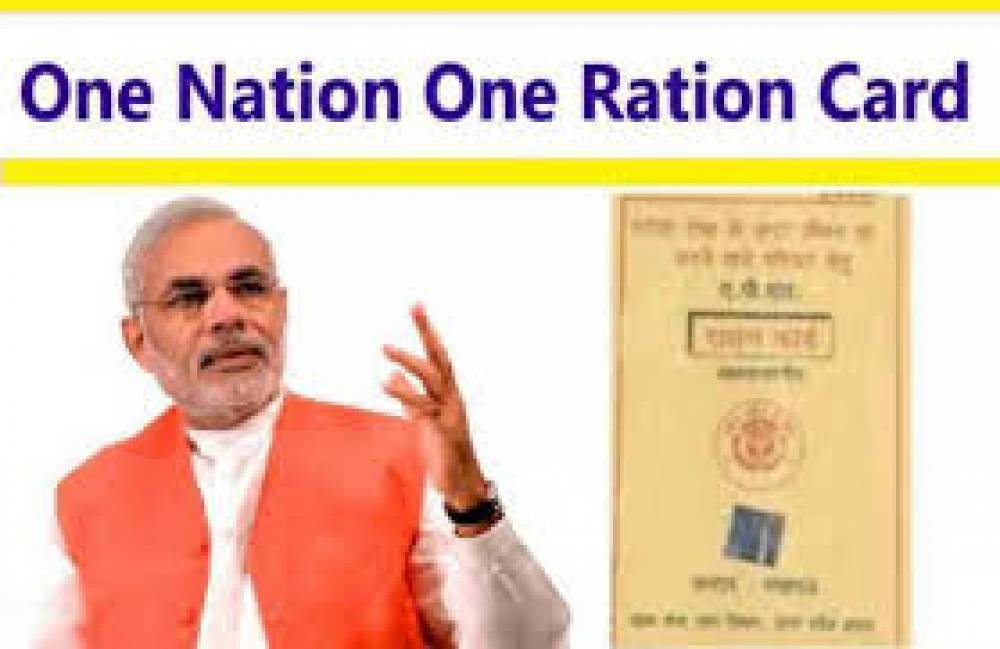 The ambitious government scheme for providing subsidized foodgrains to 81 crore people of the country is very important for PDS (public distribution system) on Monday, i.e., On this day, the system of ' one nation, one ration card ' will be implemented in 20 states and union territories of the country. This was mentioned by Finance Minister Nirmala Sitharaman while recently declaring a relief package of Rs 20 lakh crore. He said that the system will be implemented in all the states of the country by March 2021. Consumer Affairs, Food, and Public Distribution Minister Ram Vilas Paswan have tweeted and informed about the matter. "The ambitious scheme of 81 crores NFSA beneficiaries to get ration from anywhere across the country is an important achievement of the Modi 2.0 government," he tweeted. By 1st June, 20 states will be connected and will be implemented across the country by March 2021.

Earlier on January one, the system was started in 12 states of the country. This was stated by Union Minister Paswan.

Get grains at cheaper rates:

As per the National Food Security Act, 2013, 81 crore people of the country can procure rice @ Rs. 3 per kilogram and wheat @ Rs. 2 per kilogram and coarse grains @ One rupee per kilogram from a fair price shop under the public distribution system.

Who will get benefits from this scheme:

The scheme of one nation, one ration card, is going to be very important during this period of the corona crisis. This will enable migrant laborers in the country to get foodgrains at a lower rate in other states.

How Much India Is Prepared For Online Education? Know Here All About It